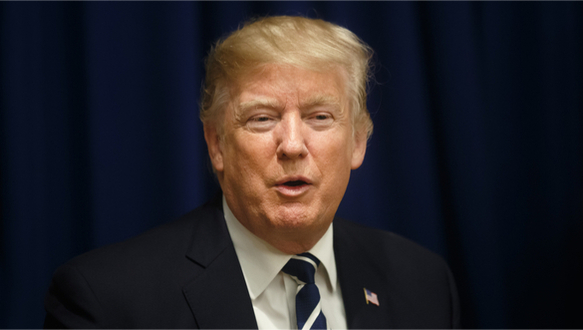 President Trump rocked Wall Street today.  Telling farmers and businesses throughout the United States that he’s in no rush to complete a deal with China, and no deal may be agreed to before the 2020 U.S. general election.

President Trump may have lied once again, insisting the Beijing and his Administration are still in discussions with the “Phase 1” trade negotiations. And while China needs a deal much more than the United States, he could wait until after the 2020 presidential election to strike a deal.

The President told reporters during a wild 52-minute spontaneous Q & A appearance in London with Jens Stoltenberg, the NATO Secretary-General at his side…

“I have no deadline…In some ways, I like the idea of waiting until after the election for the China deal.”

“But they want to make a deal now, and we’ll see whether or not the deal’s going to be right, it’s got to be right.”

In recent days news reports have indicated that all trade negotiations have come to a halt after President Trump signed two bills into law designed to admonish Beijing for its violent crackdown of Hong Kong protests.

Trump and Vice Premier Liu He had announced in mid-October that they had reached a so-called ‘Phase 1’ trade agreement. The Chinese in response had resumed purchases of U.S. agricultural goods while the Trump administration agreed to postpone additional tariffs scheduled until December 15 to give both sides time to put the ‘Phase 1’ trade agreement to paper.

China is demanding more relief from Mr. Trump’s tariffs in return for concessions to protect intellectual property and open its markets to American companies.

While  Chinese officials have tried to look past President Trump’s day-to-day remarks about the negotiations and have focused on trying to obtain the best deal they can from Robert E. Lighthizer, the United States trade representative, and Treasury Secretary Steven Mnuchin the president’s caustic off the cuff comments appear to be confirming that no progress is being made. Trump claimed during his London comments the Chinese spoke with his representatives yesterday and today, but there are numerous press reports that all communications have ceased.

Aggravating the President’s lying about the status of talks is the Chinese want a deal, but he doesn’t need a deal, and he is happy to raise further American tariffs, which are already at their highest point in decades. Farmers and American businesses reliant on China trade have repeatedly heard the President brags he welcomes the contributions of the tariffs to the government’s coffers and erroneously claimed that the levies are having no impact on American businesses. This, as farm and small business bankruptcies, are soaring past the 2008-2009 financial highs.

Pouring kerosene on China trade war wasn’t enough for the President. The President renewed his threats of a global trade war yesterday on Twitter announcing he would impose tariffs on metals from Brazil and Argentina and then today said it might place tariffs as high as 100% on $2.4 billion of French imports in response to a new French tax on American technology companies.

Most Wall Street analysts before today, including WallStreetRebel.com, have expected Trump will do everything possible to negotiate and complete the ‘Phase 1’ deal with China to gain bragging rights for the 2020 election by completing this first tranche of the trade deal by December 15 to avoid a tariff increase. That will raise the prices of smartphones and electronics and keep China buying U.S. agriculture. Instead, he appears willing to make things worse.

Commerce Secretary Wilbur Ross on Fox Business Monday said that President Trump is willing to go ahead with those December 15 tariff increases, calling the threat of the levies “a real hammer.” Mr. Ross said….

“If nothing happens between now and then, the president has made quite clear he will put the tariffs in, the increased tariffs,”

Showing no understanding of Chinese culture or any diplomatic nuisance, President Trump insisted on Tuesday that he held the upper hand in trade negotiations.