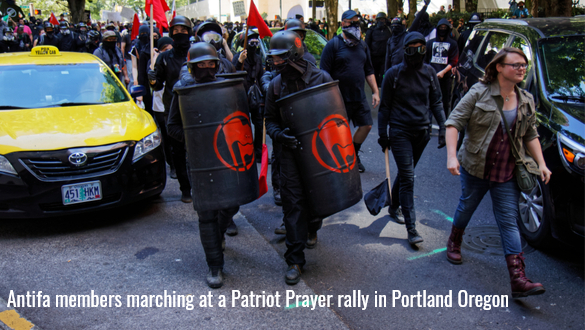 Before leaving for Dayton, Ohio and El Paso, Texas President Trump tweeted about his potential Democratic opponent’s low poll numbers, saying Biden had lost his fastball. Asserts his rhetoric is uniting Americans. Still insists China is desperate for a deal.

Just as  President Trump and the First Lady were about to step aboard the helicopter to Andrews Air Force base to take Airforce 1 to Dayton, Ohio and El Paso Texas, the Dow Jones was opening almost 600 points lower.

Before boarding the helicopter he stopped and answered several questions on the South Lawn of the White House. Within a few moments it was clear he was refusing to take any responsibility for his hateful rhetoric that spans from 2014 when he began his birtherism campaign against President Obama and has continued unabated through his campaign for President, his Presidency term and now through his recent campaign rallies.

Trump continued his pattern of doubling down and reversing course from his teleprompter speech on Tuesday by insisting his hateful rhetoric was uniting Americans.

Trump once again deflected a reporter’s question about the rise of white supremacist violence in the U.S., suggesting without prompt that “Antifa” and “other kinds of supremacy” are hate groups worthy of equal concern….

His comments echoed his infamous 2017 speech after the deadly “Unite the Right” rally in Charlottesville, Virginia ― at which a Neo-Nazi killed a counter-protester ― when Trump declared there were “very fine people on both sides” of the white supremacist gathering.

The President continues to try to represent anti-fascist protesters the same as those on the left side of the Congressional isle, including all liberals, progressives, and moderate Democrats. He paints them all as being as dangerous as white supremacists. The President seems desperate to draw the parallel because he knows that violent white nationalists and supremacists are and have invoked Trump’s rhetoric and the names of right-wing commentators and conspiracy theorists before and after they’ve killed innocent people.

President Trump seems intellectually unable to recognize white nationalists, white supremacists, and anti-fascist groups are not equal by any measure. The Andy Campbell of Huffington Post pointed out in an article posted today that …

“In 2018, domestic extremists in the U.S. ― the majority of whom were white supremacists ― killed 50 people, according to the Anti-Defamation League. The worst mass shooting in 2019 so far was also carried out by an avowed white supremacist, who killed 22 people in El Paso, Texas, last week. As HuffPost’s Nick Robins-Early notes, white supremacists have been killing people all over the world ― in Christchurch, New Zealand; Munich; Quebec City; Birstall, England; Pittsburgh; Oslo, Norway; and elsewhere.”

Trump and other conservatives repeated attempts to equate anti-fascist protesters to white nationalist/supremacist terrorists is pure insanity. There is no evidence that the shooter in Dayton Ohio who murdered nine people and 27 injured were driven by his anti-fascist politics. Antifa is known for street hooliganism, not mass murder. The New York Post, noting that the Ohio shooter had previously tweeted “kill every fascist” and “Nazis deserve death and nothing else,” however, he killed his own sister and many others that had no connection to fascists or Nazis.

At this point, there is no evidence indicating that the Dayton shooting was politically or racially motivated. That gunman, however, reportedly idolized other mass shooters and created a “hit list” of people he wanted to kill or rape in high school. He has been quoted as recognizing he was mentally ill and was unable to find the help he needed according to his ex-girlfriend.

President Trump unwillingness to push a vote in the Senate for universal background checks and a ban on either military read large bullet cartridges or assault weapons in favor of much weaker red-flag laws is just another capitulation to the National Rifle Association (NRA) and the powerful gun manufacturing lobby.

Another disturbing behavior today was Trump’s focus on the poll numbers of his Democrat opponents instead of the carnage in the two cities he was heading to visit. His focus on the poll numbers within those competing with one another for the Democratic 2020 Democrat nomination was at the very least childish. His parting comment to reporters that Joe Biden has lost his fastball brings President Trump’s sanity into question.