Trump Running Out of Courts to Keep His Criminality Secret 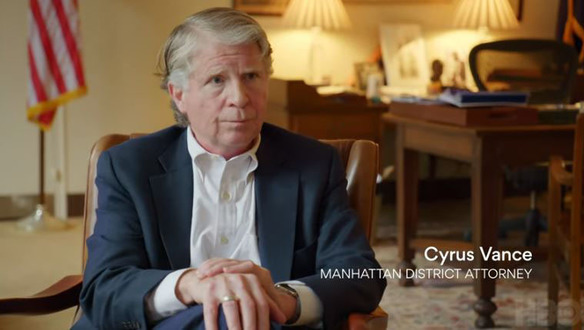 We at Wall Street Rebel predict the Supreme Court will turn its back on an Emergency appeal to delay the release of Trump’s taxes and financial records by quickly denying hearing. We also predict that President Trump and the Trump Organization will be indicted by Manhattan DA before November Election.

Manhattan DA Cyrus Vance likely has enough validated evidence to indict President Donald J. Trump and the Trump Organization. Vance will indict even before he receives access to Trump’s federal income tax returns and other financial records. Now that the courts are quickly denying Trump anyway of stopping the release of the documents, Trump, his company, and many others are likely to be criminally indicted in the next 30 days.

Why are we so sure?

We believe that Cyrus Vance Jr. and the New York State Attorney General Letitia James already have his and his company’s tax returns and financial records going back more than eight years.

His former personal attorney Michael Cohen has likely already turned them over to federal and state law enforcement. Also, Trump’s former CFO, Allen Weisselberg, who was the holder of all of his financial secrets, likely turned them over when has was granted immunity.

When this all started, most news outlets speculated that in exchange for information on hush-money payments made to two women during the campaign, Weisselberg and the former National Enquirer publisher David Pecker were granted immunity. We at Wall Street Rebel have believed that both men turned over far evidence to federal and state prosecutors.  In the case of Weisselberg, he has likely given Cyrus Vance Jr. and Letitia James more than enough to deliver a huge October surprise.

Cyrus Vance Jr. and Letitia James are out for vengeance ever since they had been put on hold at the direction of the Southern District of New York. Then when William Barr became the U.S. Attorney General, he killed the prosecution and investigation into the Trumps, Trump Organization without telling the New York State Attorney General’s office or the Manhattan DA’s organization.  Trump and Barr both thought they had killed any chance of this criminal nightmare becoming public. They were wrong.

Trump Organization CFO gets immunity in exchange for testimony

Manhattan DA Vance likely wants the returns and financial as insurance to make sure Weisselberg and others gave him and New York Attorney General  James accurate evidence. After all, this is the first time a criminal indictment will be announced in the United States history of a sitting President of the United States.

Trump has been trying to stall Vance past the election. Given the speed, the courts are turning down Trump’s desperate appeals to keep his tax returns, banking, money laundering, wire fraud, and other financial crimes secret. Trump is now left with only one emergency appeal to the U.S. Supreme Court that will like quickly be declined. Chief Justice Robert isn’t going to allow his court to be sullied by contributing to a stall to protect the President. SCOTUS is likely to quickly turn down a request by Trump’s lawyers to hear his appeal of the lower court rulings that direct Trump’s accounting firm to turn everything requested over to Cyrus Vance Jr.

MSNBC legal analyst Katie Phang stated on Saturday morning that President Trump would likely have to take his case to the Supreme Court where he will be rebuffed….

“Well, I think the answer that everybody wants to hear is, oh, we would get these returns before the November election date — but no,” she began. “Listen, even if the returns were turned over by [accounting firm] Mazars to the grand jury, it’s a grand jury subpoena. So, unfortunately, grand juries are secretive, confidential proceedings. So even if Cyrus Vance’s office was to be successful, no one in public is going to be seeing these tax returns.”

We are very likely to witness the first sitting U.S. president indicted by the Manhattan DA along with two or three of his oldest children well before the election on November 3, 2020, but well after his name on ballots all over the country are printed. The disaster all of this will create for the Republican Party up and down the ballot on Election Day could be historic.

An indictment of Trump, his Trump Organization, and a slew of people involved, including possible all three of his children, will destroy Republican turnout on election day and could allow the Democratic Nominee to end up with over 60% of the vote when all is said and done.

When his former personal lawyer and fixer Michael Cohen releases his book open on September 9, 2020, we are all going to get an information dump that will likely reveal just how devastating the indictments in New York are going to be. The sweetest part of all this is our crooked Attorney General Barr will be caught with no options. He will be unable to undo the damage or even prevent the indictments Cyrus Vance Jr.’s grand jury will hand down.

The indictment counts we expect to see filed against the President before the election day will be substantiated by the disclosures in Cohen’s book.