Trump Repeatedly Wanted to Withdraw the United States From NATO 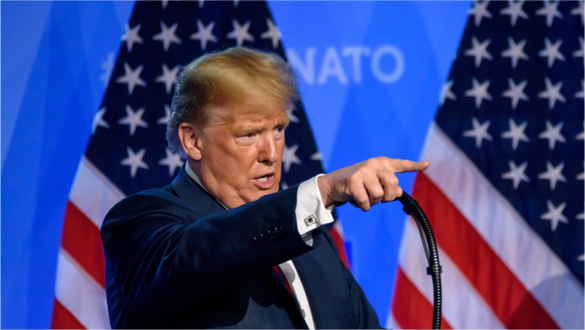 The New York Times reported President Trump privately on several occasions during 2018 that he wanted to withdraw from the North Atlantic Treaty Organization (NATO). Nothing would make Vladimir Putin happier. The administration up to now has not disputed the bombshell revelation.

The New York Times is reporting that President Trump had come close to unilaterally announcing the withdrawal of the United States from the North Atlantic Treaty Organization (NATO) only to be talked out of making a move by advisors including former Chief of Staff John Francis Kelly.

The intention to withdraw from NATO is considered a bombshell since breaking up and or undermining the organization has been a top priority of virtually every Russian leader since the end of the second world and its creation. Given the previous bombshell report that the FBI opened a counterintelligence investigation as to whether President Trump has been compromised by the Russians, the revelation of his repeated flirtation with ending U.S. membership in NATO is considered a bombshell. 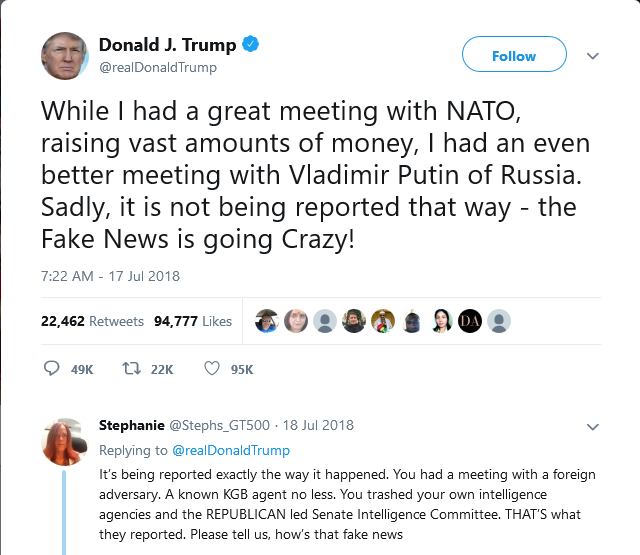 The report of Trump’s flirtation and speculation about a NATO withdrawal is in itself a big win for Russian Federation President Vladimir Putin according to Adm. James G. Stavridis, the former supreme allied commander of NATO…

“Even discussing the idea of leaving NATO — let alone actually doing so — would be the gift of the century for Putin.”

NATO’s members have been lamenting and worrying about Trump’s attacks on the organization since his election has resulted in short-circuiting a 70th-anniversary celebration of the organization’s creation like the one President Bill Clinton hosted in 1999. Instead, this year’s meeting has been downgraded to a foreign ministers gathering, over concerns President Trump would use a larger Washington NATO meeting to renew his attacks on the alliance, according to the New York Times.

Neither President Trump or any cabinet member of his administration has contested the New York Times report regarding his desire to withdraw from NATO despite having a couple of days to do so.

The New York Times explosive disclosures and reporting come at a time when the 25% of the U.S. government is shut down, the special prosecutor’s Russian probe is center stage in the news. Regardless, Wall Street has yet to see any measurable impact or fallout from the revelations regarding President Trump’s possibly being a Russian agent or from the government shutdown itself.