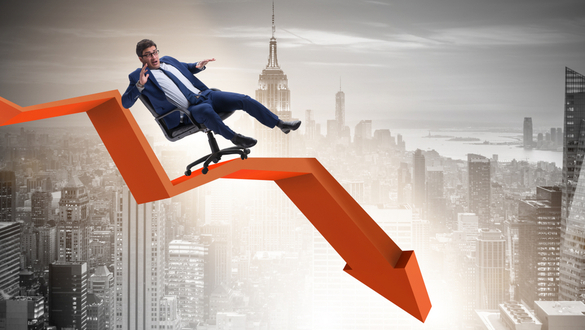 The U.S. Commerce Department reported last Thursday that the U.S. economic growth slowed during the previous three months of 2018 — and warned that more of a slowdown was possible going forward.

The broadest measure of goods and services produced in the United States — grew at an annual rate 2.6% in the final quarter of last year and slowdown is significant from the middle of the year, when tax cuts and government spending fueled economic growth that grew briefly above 4%.

Kevin Hassett, chairman of Mr. Trump’s Council of Economic Advisers, insisted in an interview on Thursday that President Trump still has some bragging rights — albeit with an asterisk…

“A year of 3.1 percent growth is something many people thought was impossible as recently as 2016, so it’s a major accomplishment.”

Whether growth hits 3 percent might matter politically, but it makes little difference economically. The difference between 2.9 percent and 3 percent growth is negligible in any one year, and, in any case, the Commerce Department will revise its fourth-quarter estimate in March.

Few independent economists agree with the White House expert’s prediction of 3% growth in 2019 and for years into the future. Outside economists expect lower growth and a possible recession in 2020-2021 as a result of the fading effect of tax cuts and spending increases adding $1 Trillion to the U.S. Federal Debt. The Federal Reserve meanwhile expects growth to slow to 2.3 percent in 2019, and many economists are even more pessimistic.