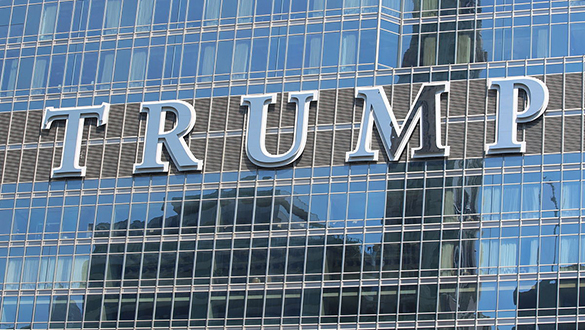 Wall Street Rebel has repeatedly reported that the Trump Organization’s chief financial officer Allen Weisselberg could find himself in a no-win situation.

Trump Organization’s Chief Financial Officer, Allen Weisselberg appears to be between a rock and a hard place. Investigators, prosecutors, and forensic tax experts working with, hired by or drafted by Manhattan District Attorney Cyrus Vance’s office have reportedly been confronting Allen Weisselberg, the Trump Organization’s chief financial officer, and his possible involvement and knowledge of many different forms of financial fraud.

If the Manhattan DA can prove Weisselberg was involved in any financial fraud while working for the Trump Organization during the past 8 years, the chances of flipping him into becoming a witness against the Trump organization, Donald J. Trump and his three oldest children. Now that the Manhattan DA has millions of pages of tax returns, communications, and related financial documents in the hands of forensic tax experts, if fraud took place, Weisselberg could either face many years in jail as an accomplice or spill his guts.

In many ways, the Manhattan DA is employing the same strategy Elliot Ness, and the J. Edger Hoover used to take down Al Capone.

The current strategy was reported by The New York Times, which has quoted insiders with knowledge of the ongoing investigation saying they believe Weisselberg’s financial management of the Trump Organization may expose his sons Barry and Jack Weisselberg’s’ financial dealings as part of their father’s investigation

Alan Weisselberg’s son Barry Weisselberg reportedly manages the Trump Organization’s Central Park carousel and ice skating rinks. In contrast, his other son Jack, is the director of the Ladder Capital Corp. This commercial real estate loan company has approved multiple loans for the Trump Organization over the last several years. Insiders quoted by the New York Times who claim to be familiar with the investigation say investigators in the Trump investigation underway by the Manhattan DA’s office believe Weisselberg may have… “Have the incentive to cooperate with Vance’s office if prosecutors begin to aggressively pursue leads about his sons.”

Speculation among investigative reporters from several major news outlets is that if Manhattan DA prosecutors can gain Allen Weisselberg’s cooperation. Their case against Trump, his businesses and his eldest children could prove that the Trump Organization, Trump and his children falsely manipulated property values to obtain loans and tax benefits as part of a four-decade continuous criminal operation.

For now, Trump and his two eldest sons are ignoring the mounting evidence investigators are gathering to build their criminal case. They continue to speak out that the ongoing criminal investigation is a politically motivated “witch hunt” and “fishing expedition” orchestrated by Vance, a registered Democrat. This nonsense was the central argument Trump and his son Donald Jr. made after The Supreme Court’s refused to side with Trump served and delivered a huge win for Vance’s investigation by forcing Trump to deliver his tax returns to Vance’s office last week.

After the ruling was handed down, Trump released a statement that read…

“For more than two years, New York City has been looking at almost every transaction I’ve ever done, including seeking tax returns which were done by among the biggest and most prestigious law and accounting firms in the U.S.”