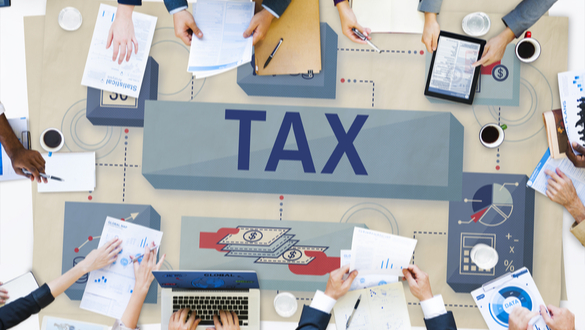 The second circuit decision-forcing President Trump to turn over 8 years of his tax returns may lead to an appeal to the U.S. Supreme Court that ends up getting turned down for even a hearing. In other words, Donald J. Trump may end up being indicted for multiple crimes well before the 2020 election in New York City by Manhattan District Attorney Cyrus Vance Jr.

"We hold, however, that any presidential immunity from state criminal process does not extend to investigative steps like the grand jury subpoena at issue here… We accordingly AFFIRM the district court's decision on the immunity question, which we construe as an order denying a preliminary injunction; VACATE the judgment of the district court dismissing the complaint on the ground of Younger abstention, and REMAND for further proceedings consistent with this opinion."

This means President Trump’s accounting firm Mazars must turn over his tax returns to New York prosecutors and the sitting criminal grand jury.

Among the crimes being investigated by Manhattan District Attorney Cyrus R. Vance Jr. and the criminal grand jury are President Trump and the Trump Organization’s role in buying the silence of two women who say they had affairs with Trump.

Trump’s former personal lawyer and ‘fixer,’ Michael Cohen is currently serving a three-year sentence for campaign finance charges, and other crimes testified that Donald J. Trump while a candidate for the Presidency in 2016 ordered him to make one of the payoff payments $130,000  to adult film star Stormy Daniels.

Legal observers of Michael Cohen's trial have pointed to his indictment, pleadings, and elocution as referring to an unindicted co-conspirator ‘Individual #1” as being President Trump in that federal case. Cyrus Vance Jr., however, seems determined to indict President Trump on the campaign finance felonies and any other crimes that are uncovered along the way.

May legal observers believe that the President once his tax returns are compared with banking records, state tax records and his business financials Cyrus Vance Jr. will be able to charge the President, his oldest three children, and senior management at Trump International with bank fraud, wire fraud, tax fraud, bribery, extortion, and other felonies.

While Trump lawyer Jay Sekulow said Monday, the President’s legal team intends to appeal to the Supreme Court. The appeal may be turned down outright. A 2000 DOJ paper footnote #36 indicates that while a sitting President may not be charged with a crime it specifically says he may be investigated for crimes by law enforcement and congress.

The district attorney’s criminal subpoena is separate from other Democratic efforts to obtain Trump’s tax returns. Trump refused to release his taxes both as a presidential candidate and as president, breaking decades of tradition. His returns would reveal information about his income, how much he pays in taxes, and how much he gives to charity.

Meanwhile, the Democrat-controlled House of Representatives has also sued for copies of the president’s returns after the Trump administration in July defied a subpoena and a formal request under a federal tax disclosure law. The subpoena issued for the president’s financial information to the accounting firm Mazars, though that subpoena did not specifically ask for tax records. That case is pending in the U.S. District Court for the District of Columbia and could take months to resolve, even with the 2nd Circuit’s decision.

If the Supreme Court declines to hear an appeal on today’s decision by the 2nd Circuit Appeals Court, the President could face indictment during the 2020 election campaign, and for that matter the prospect of being tried for crimes before Election Day. There are no Constitutional restrictions against a President being tried for felonies, the only protections stand on still two uncontested opinions by the Department of Justice. Legal scholars, however, warn that those opinions may be completely unenforceable if the President of the United States is indicated by a state or local grand jury.

President Trump, businesses, and his accomplices could face the problem of having their assets frozen and put under control by a receiver appointed by a state court after being indicted. The freezing of assets is a common legal occurrence if defendants are charged with multiple financial crimes.