Trump MUST be Arrested: Threatening Life of Capitol Officer 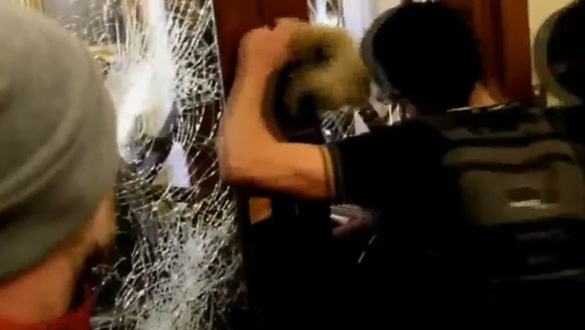 The threat to the officer who shot and killed Capitol rioter Ashli Babbitt by Donald J. Trump, while she was breaking into the House Speaker's offices, was so thinly veiled yesterday that the FBI should immediately go interview former President Trump as a prelude to arresting him.

There's no doubt that former President Trump now considers the January 6, 2021 insurrectionists heroes. He once again spoke out on Wednesday to make a martyr out of dead the United States Capitol rioter Ashli Babbitt who was shot to death as she was breaking into the Congressional chamber where members of Congress were sheltering. Hundreds of millions have seen the shooting of people – and it is clear she was a rioter who was justifiably shot down as she rampaged.

Trump said in a statement released that he spoke with Babbitt's mother and widower and then issued a veiled threat at the officer who fatally shot to protect the people in the chamber.

"Ashli Babbitt... was murdered at the hands of someone who should never have pulled the trigger of his gun. We know who he is."

"There are far more people represented by Ashli, who truly loved America than there are on the other side."

The threat has to be taken seriously. The Capitol police officer and his family are in grave danger as Trump targets him. Had anyone made the same sort of thinly veiled threat against Trump, they would get a visit and would likely be arrested by the Secret Service. Every day Trump gets away with this threat is another day one or more of his sycophants or acolytes are closer to hunting down the police officer and killing him. Enough is enough.