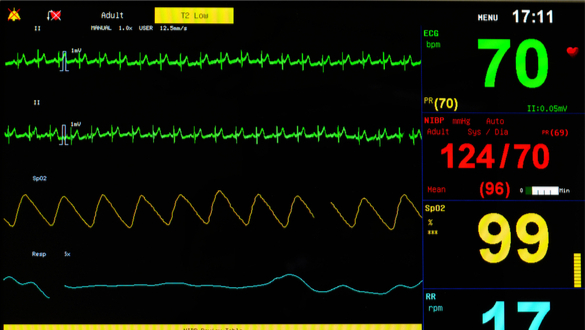 The president’s doctors insist his health as “excellent” and “very good”?

The White House spokespersons spent Sunday attempting to quell rumors swirling around Donald Trump’s health after his unscheduled visit to a Walter Reed Medical Center on Saturday was “phase one” of his yearly physical. Despite his last physical occurring just nine months ago and not following protocol for a routine medical exam.

A separate source told CNN that President Trump’s visit was “abnormal” despite the insistence of  Stephanie Grisham, the White House press secretary, insisting it was “absolutely not” true that the visit was anything other than a routine physical exam, and insisting President Trump is “healthy as can be.”

“He's got more energy than anybody in the White House. That man works from 6 am until, you know, very, very late at night. He's doing just fine,”

Despite Grisham’s assurances that the president works all through the day, he has no public events scheduled today and no public appearances on his schedule.

The president’s doctors insisted his health as “excellent” and “very good” following his first two annual physicals in January 2018 and February 2019. Although observers noted that the president's height grew by 2 inches and suggested his weight was well above that announced 243 lbs. Some estimates put his weight as being close to 290lbs.

It is unclear why President Trump only completed “phase one” of his medical as he was at Walter Reed for more than two hours and had no other scheduled events for Saturday. While a typical annual physical exam, for the president, would take more than a few hours and results would deliver results usually overnight, allowing accurate blood tests could be performed.

His 2018 check-up lasted more than three hours, according to a report by then-White House physician Ronny Jackson.

The White House said the president’s heart rate during his February exam was 70 beats per minute and his blood pressure was 118.80 mmHg, which is both healthy levels.

However, his dosage of a cholesterol-lowering drug was reportedly increased after the check-up, and Mr Trump’s weight had risen slightly to 243 pounds, pushing him over the line into obesity.

Although Mr. Trump does not drink alcohol or smoke, he is known to be fond of fast food and does not appear to do much exercise beyond playing golf.

In a statement on Saturday, Ms. Grisham said the president “remains healthy and energetic without complaints, as demonstrated by his repeated vigorous rally performances in front of thousands of Americans several times a week.”

Grisham reported that President Trump took the opportunity at Walter Reed to meet with the family of a Special Forces soldier who had been injured in Afghanistan as part of his visit.

During her Fox News appearance, Ms. Grisham claimed Trump went to Walter Reed because he had a free day, and it afforded him an opportunity “get a head start with some routine check-ups” because he has a “really busy year ahead.”

In response, Ms. Pirro bizarrely described the president as…

“Almost superhuman,” adding: “I don't know how anyone can deal with what he's dealing with [in Washington].”

Meanwhile, a New ABC News/Ipsos poll: 70% of Americans think Trump’s request to a foreign leader to investigate his political rival, was wrong.

While 51% believe Trump’s actions were both wrong and he should be impeached and removed from office only 21% of those polled say they are following the hearings very closely.  This small number of people paying close attention could swell with new revelations and increase the clamor for his removal from office.

“This ABC News/Ipsos poll was conducted by Ipsos Public Affairs‘KnowledgePanel® November 16-17, 2019, in English and Spanish, among a random national sample of 506 adults. Results have a margin of sampling error of 4.8 points, including the design effect. See the poll’s topline results and details on the methodology here.”