Trump May Have Been A Russian Asset Since 1987! 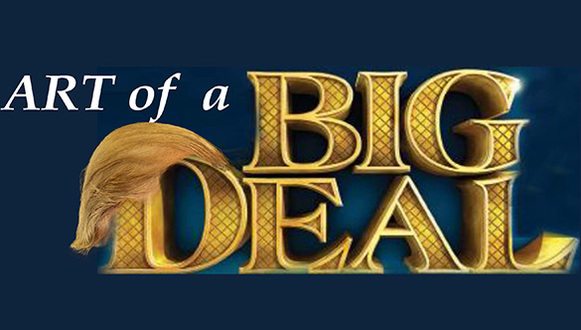 Last Friday, after the Special Counsel Mueller released detailed indictments of another 12 Russian military intelligence officers charged with hacking Democratic Party email servers during the 2016 presidential campaign. Tony Schwartz, the ghostwriter of Trump’s 1987 bestseller The Art of the Deal, came forward to say President Trump may have been an “asset” of the Russian government for “many years.”

Despite the success Schwartz enjoyed and a whopping six figures in royalties off the book in 2017 he has become one of Trump’s most unabashed critics.

“Trump’s temperament and his habits have hardened with age,” Schwartz wrote for The Guardian in January.

“He was always cartoonish, but compared with the man for whom I wrote The Art of the Deal 30 years ago, he is significantly angrier today: more reactive, deceitful, distracted, vindictive, impulsive and, above all, self-absorbed – assuming the last is possible.”

Schwartz’s newest accusation that Trump’s Russia ties go back all the way to 1987 come from a New York Magazine article by columnist Jonathan Chait published last week. The article showed “a plausible theory of mind-boggling collusion” between Trump and Russia going back to at least 1987.

Author Seth Hettena, whose book Trump/Russia: A Definitive History, was published in May, traces Trump’s financial relationship with Russia back to 1987. That was the year that Trump attempted to build a casino in Moscow at a run-down horse-racetrack, Hettena reported on his Trump/Russia site.

In The Art of the Deal, Trump approved the inclusion — via Schwartz —of a description of events involving Russian officials attempt to make deals with Trump to build a hotel in Moscow. While neither the hotel nor the casino ever happened. Trump’s political career, however, did eventually take off.

In fact, the German magazine Bild recently did a story that references intelligence files from the former Soviet satellite state of Czechoslovakia, which took an interest in Trump after he married Czech fashion model Ivana Marie Zelníčková in 1977.

The records indicate Trump was “being pressured” to run for president in 1996. But after his abortive 1999 run, his presidential ambitions lay dormant for more than a decade, until he visited Moscow again.