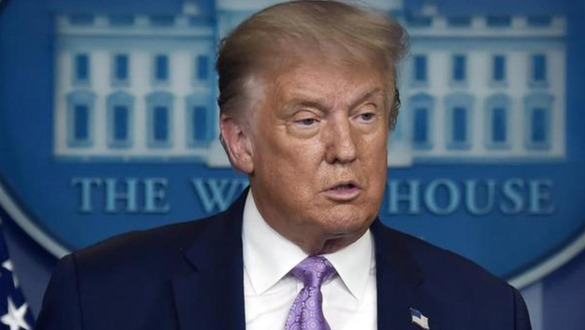 Thousands of intelligent suburban women seeing through Trump's manipulative fear message are organizing against him in a unified caucus on Facebook.

Fool me once, shame on you; fool me twice, shame on me. That seems to be a rallying cry throughout the United States from a demographic comprising 50% of all registered voters, who Donald Trump most likely feels should be seen but not heard.  The president has repeatedly targeted suburban voters with unproven claims that suburbs would be “hurt” by Joe Biden and accused Biden of planning to “totally destroy” suburbs.

President Donald Trump tweeted last week that the “suburban housewife” will vote for him in the upcoming election — but polls and past election results tell a different story. 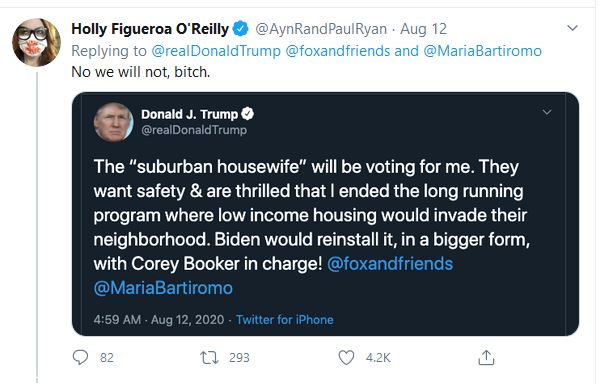 Trump’s outright lying about everything from A to Z is finally sinking into the conscious of the American.  Polls are starting to show that Trump’s approval ratings are sinking below 37%. While the former Vice President’s poll numbers in general and on issues are showing approval numbers between 49% and 59%, which indicate the Democrats are likely to add 20 seats to their majority in the House of Representatives, gain the majority in the Senate and that Trump is heading towards an embarrassing landslide loss. 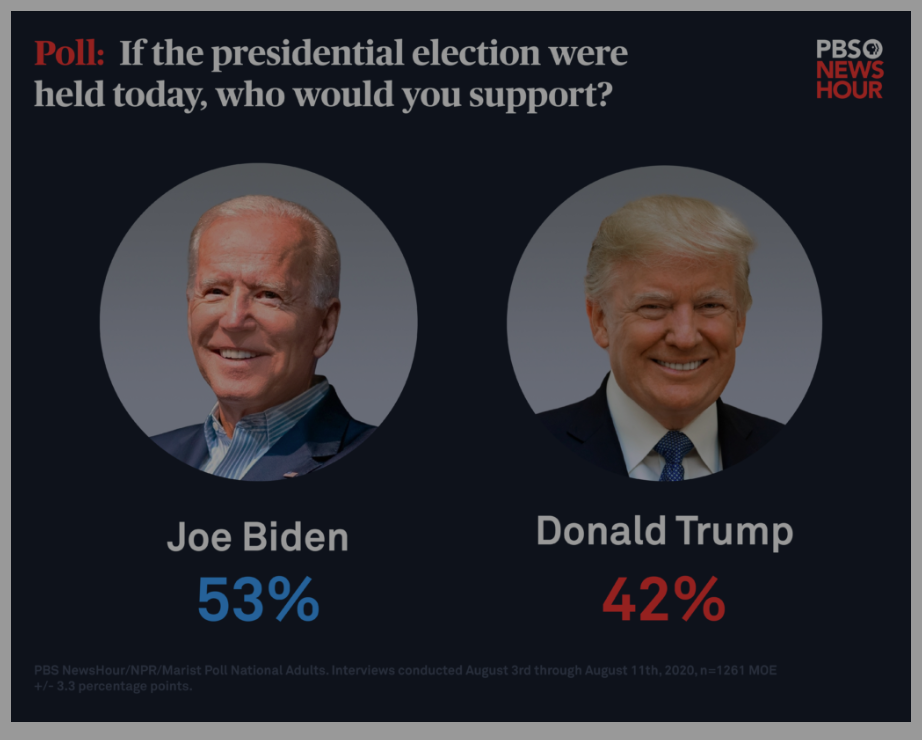 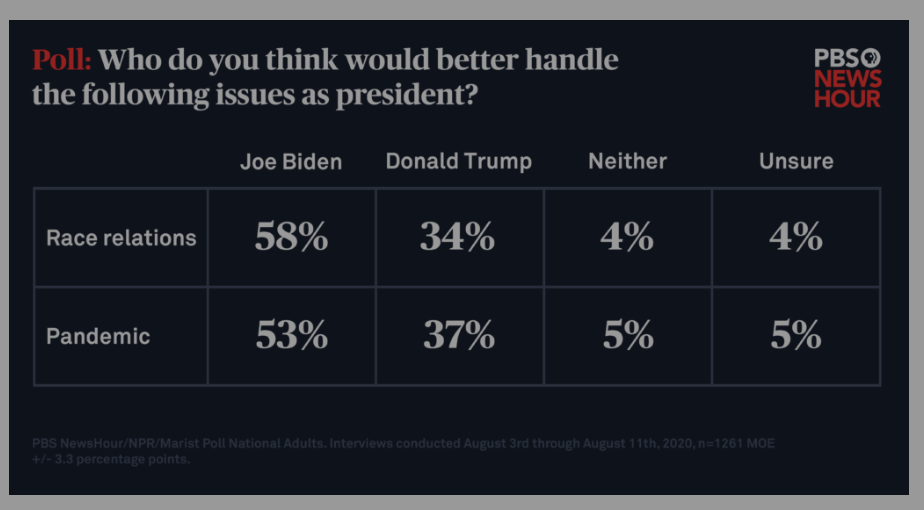 Trump’s attempt to win votes, particularly women in the suburbs according to a new report by DailyBeast.com, has not only failed but has given birth to a new movement among the women that are taking issue with his condescendingly calls “suburban housewives” to see that he is defeated in November.

Daily Beast’s Emily Shugerman wrote in her latest article, Donald Trump has a serious woman voter problem, and while he has attempted to make inroads in the suburbs by using racist dog-whistling to make a connection with what he undoubtedly only sees as white moms. His attempt has fallen on deaf ears if the polls are to be believed, and his blatant pandering seems to have created a substantial backlash.

“If you search ‘suburban housewives’ on Facebook—between the pages dedicated to gossiping about the Real Housewives reality shows and one called ‘A group where we pretend to be suburban PTA housewives’ —you will now find at least eight groups dedicated to overthrowing Trump.”

“The group descriptions and membership varies, but the message is the same: Trump cannot count on suburban women to pull him over the line this November.”

Loni Yeary Gentry, a stay-at-home mother of three in Kentucky, is  the creator of a Facebook page titled  “Suburban Housewives Against Trump.” The page is her attempt to reach out to other moms like herself and was surprised that some women she thought would-be supporters of the president felt like she did….

Gentry points out that Trump won the suburban vote by five percentage points in 2016, and now he looks to be losing these same areas at this point by as much 15 points in some recent polls.

Shugerman points out Trump and his surrogates, many of them women are out pushing a “law and order” message that is not being welcomed with open arms, in part, because the suburbs are not as lily-white as the president thinks.

The Daily Beast report also quotes Mary Hayes, the founder of a Facebook group called ‘The Real Suburban Housewives for Biden/Harris,’ who pointed out a flaw in Trump’s logic…

“The suburbs are not dominated by the white women who so famously supported him in 2016. By trying to appeal to suburban housewives with racist comments.’

Hayes insists that Trump is alienating a large part of the increasingly diverse group of female suburbanites.

“He might as well have said, ‘The white housewife will be voting for me because I kept the low income [people], or the minorities, or however you want to say it, out of your neighborhoods. You cannot want to get the vote of somebody and discard certain people in that same community.”

Jaime Spataro, another female suburban woman who lives in the Philadelphia suburbs and hosts a group calling itself  “Suburban Housewives for Biden/Harris group with 2,400 members, Trump’s view of women like herself is offensive.”

“When I hear the term ‘suburban housewife,’ I think of a woman in a dress with an apron in the 1950s, vacuuming with a cocktail ready for her husband when he comes home after work at 5:30.”

Spataro explained the use of that description by President Trump is…

“So antiquated and out of date.”

In another attempt to confuse and deceive voters…

Trump continued to claim the coronavirus crisis is under control and citied retail sales, sales of used automobiles, employment numbers, and the soaring U.S. stock market to make the case he deserves to be re-elected. He is decrying that the health crises are waning, and things are getting better during his Friday afternoon press conference health at his Bedminster New Jersey Country Club.

Despite his claim of improving numbers, he pointed to during the crisis; the fact remains at the current rate of deaths the United States will likely suffer 250,000 fatalities by November 3, 2020, Election Day and 9 million infections. At this rate, we could see as many as 350,000 fatalities from the coronavirus by the end of the year.