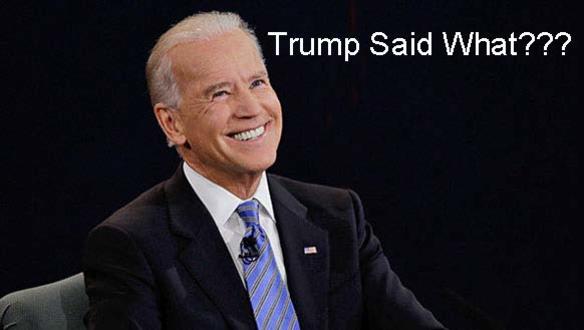 President Trump proved once and for all he can’t handle the truth. Fox News Chris Wallace rubs Trump’s Nose in his lie about Joe Biden giving his support for defunding the police.

Chris Wallace on Friday managed to get under President Donald Trump’s skin after the Fox News veteran reporter corrected him on his accusation that former Vice President Joe Biden supports the defunding of police departments. Wallace and Trump were discussing a rise in crime. When Trump said…

Wallace was taken aback by the false accusation and interjected.

Trump confronted with the truth said…

“Look, he signed a charter with Bernie Sanders.”

Chris Wallace, however, unlike many at FOX News, wouldn’t back down and accept the lie as a fact said….

“And it says nothing about defunding the police.”

A Trump aid then retrieved the charter in question, and Trump realized he was caught in a lie when he couldn’t find any language about defunding the police after reading through it.

Biden said he does not support defunding police