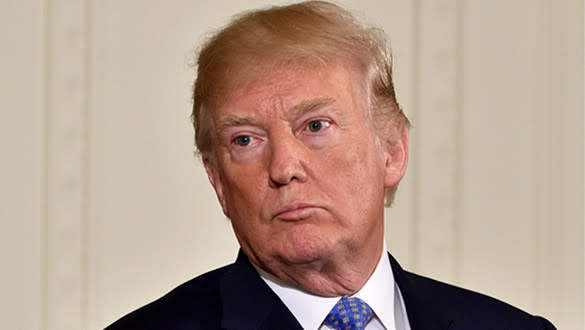 Former President Trump is already facing three separate grand jury investigations and an increasing number of civil lawsuits. The New York State’s Supreme Court ruled a former female contestant on “The Apprentice” to sue Donald Trump for defamation. The former U.S. president called her a liar for accusing him of sexual assault.

Looks like former President Donald Trump will have to choose between settling a lawsuit filed by Summer Zervos, a former contestant on his NBC reality show The Apprentice, or defend it and allowing him to be deposed on camera by Zervos’ attorneys.

Trump and his lawyers had argued before leaving the White House on Jan. 20 that Summer Zervos could not pursue her case because a sitting president could not be sued. Still, New York State’s highest court shot the argument down with a brief order saying “the issues presented have become moot.”

This clears the way for Summer Zervos to pursue her civil suit and opens the door for what could be extremely embarrassing revelations. It will also allow Zervos to subpoena not only Trump but the producers, directors of The Apprentice for videotapes of Trump’s bad behavior long rumored to exist.

The NY State Supreme Court’s order likely means Zervos’ case will be sent back to a Manhattan trial court.

During the 2016 presidential campaign, Zervos accusing Donald J. Trump of subjecting her to unwanted kissing and groping after she sought career advice in 2007, two years after her appearance on his reality television show. She sued Trump in January 2017 after he called her allegations “lies” and re-tweeted a post calling Zervos’ claims a “hoax.”

Zervos defamation suit seeks a retraction and an apology from the former President, plus compensatory damages and punitive damages.

Trump has and continues to deny Zervos’ claims and called her case politically motivated. Trump also faces a civil lawsuit filed by former Elle magazine columnist E. Jean Carroll. The latter is also suing Trump for defamation after he denied having raped her in the Bergdorf Goodman department store in Manhattan mid-1990s. The Zervos decision by N.Y. State Supreme Court likely clears the way for Carroll’s lawsuit to go forward. Trump and his lawyers are yet to issue a statement or comment on the N.Y. Supreme Court’s decision.

Trump is notorious for dragging civil lawsuits out and insisting he will never settle with plaintiffs, only to later decide to settle to avoid damaging disclosures or before the lawsuits come to a verdict.

The decision by N.Y. State Supreme Court comes more than two years after a New York State appellate court ruled in favor of Zervos. So in effect, Trump has been able to delay her day in court and or push any settlement made to settle her claims till after he departed the White House.