Trump Lies Include the Promise to Cure Cancer if Re-elected. 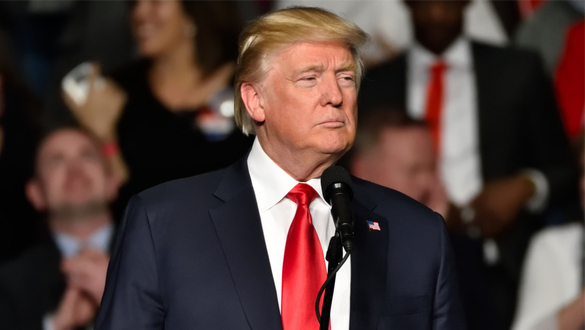 The anti-science President that is dedicated to making his Mara-a-Lago members even richer, while lining his own pockets is nothing more than a neo-fascist pathological liar preying on the ignorance and prejudices of tens of millions of Americans.

On Tuesday night Donald Trump officially launched his reelection campaign during an Orlando, Florida, rally dubbed “45 Fest” and he didn’t hold back a single lie.

Like every neo-fascist leader before him, lying is a full-time job on the way to seeking dictatorial power.

Trump’s fascist came through in the aftermath of Charlottesville, but at least he attempted to walk his odious statements back. Now he has unleashed his inner Mussolini declaring that Democrats…

·        Promising to deliver Health Insurance that would be cheaper, and better than Obamacare.

·     His promise Mexico would pay for his border wall.

·     His 10 percent tax cut for the middle class turned out to be a Trillion dollar a year giveaway to the riches ½% of Americans.

Trump, according to the Washington Post, has told over 10,000 lies, so many he is running out of new lies to tells. So, he’s the anti-science President who wants to return America to fuel its power plants with coal, and refuses to recognize the legitimacy of the DNA tests that exonerated the Central Park 5 from crimes he wanted them executed for is now promising …

“We will push onward with new medical frontiers. We will come up with the cures to many, many problems, too many, many diseases, including cancer and others and we’re getting closer all the time,”

“We will eradicate AIDS in America once and for all, and we’re very close… We will lay the foundation for landing American astronauts on the surface of Mars.”

His audience in Orlando resembling the crowds of desperate Germans who hailed Hitler from 1933 through 1945, right to the end, were enthusiastically cheering and eating up Trump’s hate, vengeance, and deceptions. No matter that his promises have proved meaningless.  His promise to round up 11 million undocumented people, bring Hillary Clinton to justice and destroy the Democratic Party because they are the root of all of Americans problems  The Republican Party no longer exists. This fascist Trump political ideology now endangers our Constitution and Republic while elected Republicans in Washington and around the country cower and cheer.

Not a single GOP Senator in Washington is willing to recognize the danger of this pathological narcissist.

His adoring loyal supporters brush aside his nonstop lies and broken promise.

One can’t be a wonder if any of his supporters read the Mueller report and realize President Trump; his three oldest children, his businesses and his foundation have 15 open criminal investigations.

Trump’s neo-fascist re-election rally included plenty of other moments that are the stuff of a terrifyingly dystopian future if he is re-elected in 2020.

Calling journalists the “enemies of the people,” only served to boil his crowd into a frenzy, pointing at the “fake news,” reporters and basking in the chants as the crowd screamed “CNN sucks” over and over we now are facing the prospect of the equivalent of Hitler’s “Brown Shirts” being whipped up into attacking and murdering members of the free press.

Trump accused the Democrat Party of shredding the U.S Constitution while he does his best to violate Congresses Article 1 powers and insisting that Article 2 allows him to do whatever he likes.

Trump insisted during his re-election rally…

“Our radical Democrat opponents are driven by hatred, prejudice, and rage.”

The hatred pours out of his mouth like a geyser, while I hear plan after plan from Senator Warren, Mayor Pete Buttigieg, former VP Joseph Biden and the rest of the Democrats running for President, to solve America’s real problems.

After Helsinki and Mueller finding over 100 contacts between the Russian government, and his verifying the systemic hacking and interference in the 2016 election, Trump has the gall to say while gesturing to the crowd.

“The Democrats don’t care about Russia. They only care about their own political power. They went after my family, my business, my finances, my employees, almost everyone that I’ve ever known or worked with, but they are really going after you,”

Hitler felt the same way about his political enemies and the press.

I am haunted by Donald Trump’s insanity and fascism and reminded as a result of the Stephen King’s book the ‘The Dead Zone.’ For those of you have not read this science fiction classic…

Johnny Smith, the lead character in Dead Zone, emerges from a coma after five years with psychic abilities realizes after he shakes the hand with the man who is on his way to the White House gets a vision that he will bring about a nuclear apocalypse if he is elected. He goes to his visit his friend Dr. Weizak and asks him… if he could go back in time knowing what he knows, would he strangle Adolf Hitler in his crib?

We may not be able to go back in time. Fortunately, however, Donald Trump can be prevented from reaping an unimaginable nightmare on America via the ballot box in 2020.