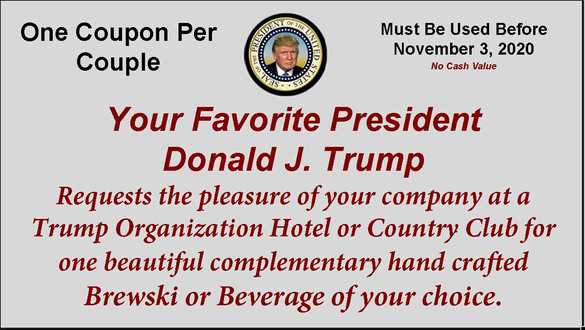 Trump Called His Supporters Disgusting. These are the very same supporters that make up his loyal cult-like base.  The one actual fact is President Trump would NEVER invite these loyal supporters to Mar-a-Lago and other Trump Organization properties; Trump gives thanks for the coronavirus that he no longer has to shake their hands.


Wouldn’t it be fitting if heir favorite president Donald Trump would repay his loyal supporters with a personalized invitation to attend a Mar-a-Lago, Doral Golf Resort, Trump Tower, meet and greet for a thank you complimentary beverage. These very fine people have given President Trump so much love over the past for years. It only fitting the world’s most beloved billionaire could only reciprocate with equal love. Since the president intends to visit Florida and Pennsylvania this week, handing out a Trump coupon for a complimentary beverage to each fine person would definitely send a message that the president cares.

But wait,  Vice President Pence’s former Homeland Security Advisor Olivia Troye claimed that Trump called his supporting disgusting people. These are the same Lemming that would walk off a cliff if instructed by President Trump. 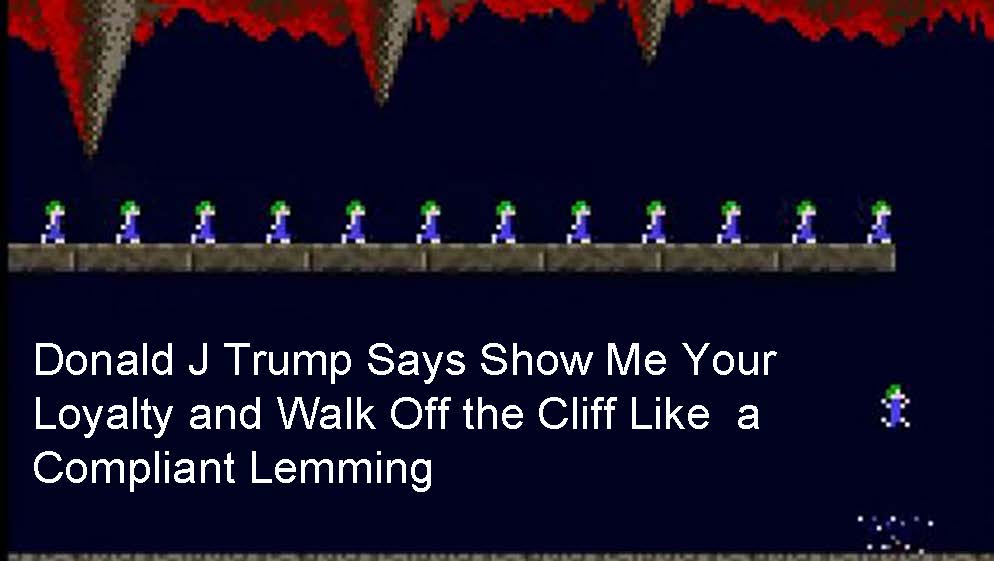 Troye said, “When we were in a task force meeting, the president said, ‘Maybe this COVID thing is a good thing. I don’t like shaking hands with people. I don’t have to shake hands with these disgusting people.’

Those disgusting people are the same people the president claims to care about; these are the Trump loyalists that risk their lives to show their admiration at his rallies. When the president looks down from his podium and sees the thong of his delirious followers, what is it he is really thinking? Suckers! No, that line was reserved for the veterans that gave their lives to preserve life, liberty, and democracy for the United States.   These hoards of cultists could not possibly rank that high in Trump’s self-proclaimed ideological scheme of their worth. Their total worth to him is their vote. Nothing more, nothing less.

If the president had taken this virus seriously, he would not have attended previous rallies and put these same fine people’s lives in jeopardy.

Trump’s contempt and lack of care about his very own supporters is a point that has been made over and over again by people who know this president. Mary Trump has said that her uncle doesn’t care about his supporters. Michael Cohen has made a similar point for years. Donald Trump only cares about the power these supporters bring.

Trump looks at these supporters as pawns, his very own sacrificial lambs, or just collateral damage and acceptable casualties. These are not his people. These are not the rich white men like himself who can pay $200,000 for a country club membership, stay in his ritzy hotels, and dine in his inflated prices restaurants.

What does the president see when he looks down into their eyes from that podium, he sees disgusting lemming supporters that only serve his narcissistic purpose until election day, just 22 days away.

Trump slams claim he said 'covid is good thing, I don't have to shake hands with disgusting people'