Trump Intends To Recognize North Korea as a Nuclear State! 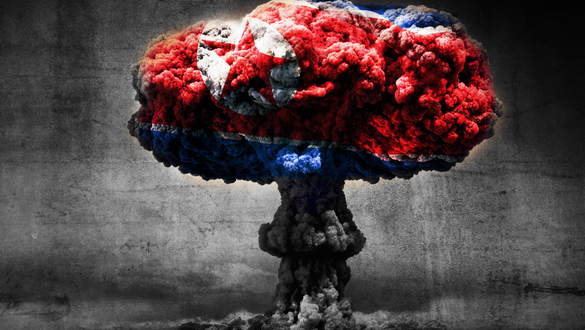 Forget Denuclearization! In what will be a stunning reversal of 50 years of U.S. policy President Trump will recognize North Korea’s right to have nuclear weapons, and declare victory for a deal that limits the Stalinist nuclear state arsenal and a nonproliferation treaty.

U.S. National Security Advisor John Bolton confirmed Monday by lashing out at a report that President Trump is willing to settle for a nuclear freeze with North Korea that allows it to keep its nuclear weapons. Bolton called the unsourced report by the New York Times "reprehensible attempt" to box in President Donald Trump.

Another press reporting is confirming that Trump is hoping to a nuclear freeze idea might create a foundation for a new round of negotiations. Trump and North Korean leader Kim Jong Un, met in the Demilitarized Zone Sunday and agreed to resume working-level talks within weeks on the North's nuclear program.

According to the New York Times the concept of a nuclear freeze has been taking shape within the Trump administration for weeks, "essentially enshrines the status quo, and “tacitly” accepts the North as a nuclear power."

Neither the NSC staff nor he has discussed or heard of any desire to 'settle for a nuclear freeze by NK. Then he attacked the Free Press saying there “should be consequences."

The US has insisted on North Korea's complete denuclearization as a condition for lifting the United States’ punishing sanctions.

If Trump settles for a freeze and then promises to continue to work towards denuclearization of the Korean Peninsula, it amounts to a cave in on U.S. policy. Trump’s sole goal is to obtain a Nobel Peace Prize, not to address the growing risk of nuclear war seriously, or to curb nuclear proliferation. The irony of negotiating a nuclear freeze with the North Korean dictatorship while it withdrew from the Iranian nuclear disarmament treaty won’t escape anyone with an understanding of these decisions or recognition of Trump’s history as a conman.