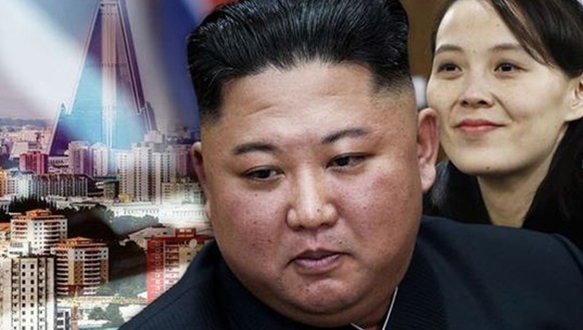 Donald Trump loves all the dictators and authoritarian leaders he meets. He could care less how many concentration camps President Xi has operated in China or how many countries his buddy Vladimir Putin invades. The human rights abuses committed by one of the loves of his life, Kim Jung un of North Korea, doesn't phase him at all.

Kim Jung unordered the public execution of several of his country's citizens for nothing more than their watched K-pop, or Korean pop, music videos.

According to reports leaking out of the brutal communist authoritarian state, at least seven individuals who were found to have watched K-pop music videos were executed directly on orders from Kim Jong un.  The Transitional Justice Working Group confirmed the reports

K-pop is exported from South Korean boys singing group. The possession and/or distribution of entertainment from South Korea is punishable by death, according to the communist nation's supreme leader. Trump apparently doesn't know that singing about teenage love and other light-hearted subjects like the Beatles did in their heyday and even dancing - is an anti-communist act.

K-pop's music influence on North Korea would cause the nation to "crumble like a damp wall," according to Kim Jong un, proving he's as insane as his love Donald Trump.

According to a report, six of the supposed seven executions occurred in the city of Hyesan. The city has a reputation for being a major trading center for South Korean entertainment.

The killings reportedly took place between 2012 and 2014, and soldiers allegedly forced citizens and the victims' families to witness the executions.

At least 23 executions over just listening and watching illegal music have taken place under Kim's rule, according to interviews with 683 defected North Koreans who fled to South Korea.

Trump's passion for Kim Jung un and murderous dictators has become one of his trademarks. It shows the danger he presents to our Republic and its democracy for many.

Watching the K-Pop Video Below in North Korea could result in your execution.