Trump: Increased Chinese Tariffs Imports Will Bring In $100B A Year-WRONG! 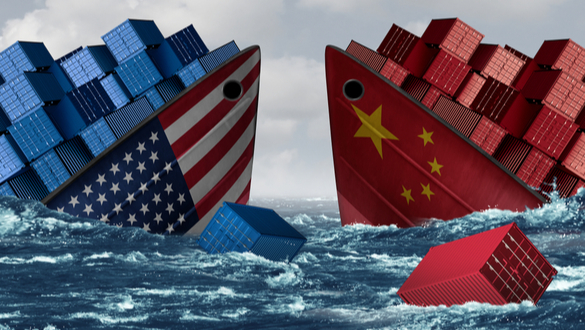 The man who lost $1.2 billion in business from 1985-1994 demonstrates a total lack of understanding economics. China is going to Trump a lesson in on the many ways a foreign power can influence a U.S. election. The farmers in Iowa, Wisconsin, Pennsylvania and even Kansas will eliminate any chance of a second term for this POTUS.

President Trump sounded absolutely giddy at his campaign rally in Panama City, Florida as he boasted the Chinese have already broken the deal and at midnight Friday, tariffs on their imports are set to more than double, while at the same time expanding to another $300+ billion of additional Chinese imports. Trump crowed about the $100 billion a year of additional tariffs that China would have to pay.

First, China is not paying Trump’s tariffs now and will not pay a penny when the tariffs are raised. American consumers and businesses pay the tariffs.

Second, raising tariffs to 25% will dramatically reduce Chinese imports. Some analysts believe we could see Chinese imports fall as much as 70%. So much for the $100 billion Trump is claiming will pour into the Treasury. At the same time, U.S. imports into China are also likely to plummet.

The old saying, no one wins a trade war is going to be proven again. According to the International Monetary Fund, an all-out trade-war will shrink annual gross-domestic-product by as much as 0.6 percent in the U.S. and by 1.5 percent in China.

Chris Rupkey, the chief financial economist at MUFG Union Bank NA., warns that this could induce a standoff between the United States that last for a very long time. What the United States is insisting, is not going to happen…

At the same time, the Chinese are limited in the amount of tariffs they can impose reciprocally they have plenty of economic weapons to fight back including immediately ceasing all of its agricultural purchases from the United States, which could prove to be Trump kryptonite. A suspension of all U.S. agricultural and other food purchases will bankrupt farmers, ranchers, and fisheries from Maine to California, but especially in deep red states like Iowa. The loss of Iowa, Wisconsin, and Pennsylvania would make Trump’s re-election to a second term impossible no matter how much assistance he could muster from Vladimir Putin.