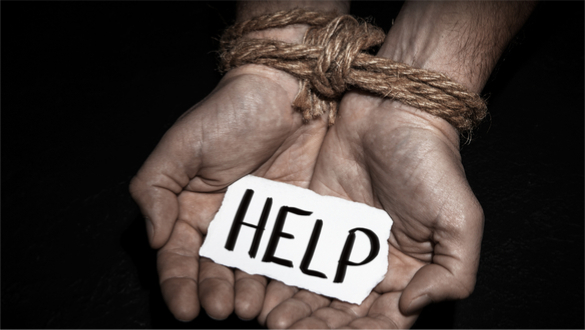 800,000 Families and the Presidency of the United States are being  taken Hostage: Trump/GOP Refuse to Open the Government! Trump was correct in one instance, the Shut Down could be resolved in just 45 minutes.

The partial government shutdown took on a new farcical dimension yesterday when President Trump was asked by Senate minority leader Chuck Schumer why he was hurting so many people by not ending the standoff. Trump replied, “because you won’t give me what I want.” 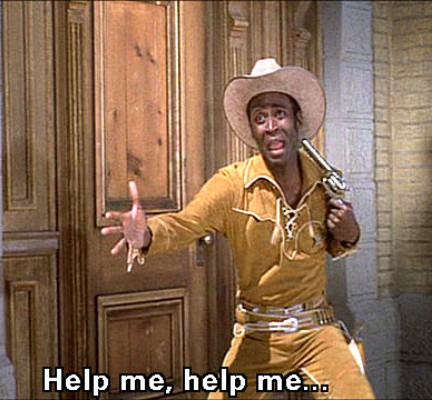 It reminds me of Mel Brook’s classic farcical comedy Blazing Saddles when Clevon Little takes himself hostage to distract the mob from lynching him. In truth, President Trump has not only taken 800,000 federal employees and independent contractor’s hostage; he’s taken himself and the Presidency of the United States hostage. Only unlike the comedy of Mel Brooks, this situation is a deadly serious situation the not only threatens the financial security of the millions of these works but the health, finances, and safety of hundreds of millions of other Americans.

Many essential services are shutting down including FDA food inspections, TSA works charged with the safety of air passengers are calling in sick or outright quitting their jobs. The Coast Guard, National Guard, Border Agents, Federal Courts, Department of Agriculture IRS and the list goes on and on of critical and essential services are all shut down, because the President believes he cannot get re-elected if he doesn’t fulfill his promise of building hundreds even thousands of miles of a wall on the southern border. A border wall he also promised hundreds of times Mexico would pay.

Much of the country watching the impasse is now actually hoping President Trump violates the U.S. Constitution and does what many dictators have done in the past which is declare a national emergency and illegally uses Defense Department funds to build his wall.

In recent polls, only 25% of the American people favor building a wall on the southern border if the U.S. government pays for it, while only 35% want the wall constructed even if Mexico does pay for it. It’s a staggering lopsided appraisal of national sentiment in this dispute. Meanwhile, the President’s poll numbers are beginning to show the displeasure in his leadership and popularity since the beginning of this crisis. His adjusted disapproval numbers have now reached 55% which is starting to approach his peak disapproval achieved in the aftermath of the Charlottesville white nationalist protests and violence of 58.3% disapproval of Americans polled.

The global head of Fitch sovereign ratings, James McCormack, said yesterday, if the shutdown keeps lawmakers from being able to address the debt ceiling in early March, the inefficiency and ripple effects might do lasting damage to the United States’ credit.  McCormack said in an interview with CNBC’s Squawk Box Europe…

“I think people are looking at the CBO (Congressional Budget Office) numbers. If people take the time to look at that, you can see debt levels moving higher. You can see the interest burden in the U.S. government moving decidedly higher over the next decade,”

“There needs to be some kind of fiscal adjustment to offset that, or the deficit itself moves higher, and you’re essentially borrowing money to pay interest on the debt. So there is a meaningful fiscal deterioration there going on in the United States.”

McCormack went on to assert that if the shutdown is still in effect on March 1 “and the debt ceiling becomes a problem, we may need to start thinking about the policy framework, the inability to pass a budget ...Moreover, whether all of that is consistent” with a Triple-A rating, McCormack said at a later event in London, according to CNBC.

The Democratic-controlled Congress led by Speaker Nancy Pelosi is passing legislation to open and fund the U.S. government piece and is getting very few votes to do so by her Republican colleagues in the House.

“I think the meeting was a setup so he could walk out.”

According to Trump biographer Michael D’Antonio Trump’s walk out of the meeting is a typical negotiation tactic the “walk away” but that is hasn’t worked in the past.

Meanwhile, Trump is also now threatening to shut off emergency management money to California in the wake of the catastrophic wildfires that scorched the state last year. Pelosi pointed out that the majority of the fires that tore through the state were in rural areas where the majority of voters are Republican. This led to Speaker Pelosi asking the question of the President and the GOP after Senate GOP blocked House bills to reopen federal agencies…

“Do you take an oath to the Constitution or an oath to Donald Trump?”

Which was followed by this tweet from her later…When Democrats took the majority, we promised to listen to good ideas, wherever & whomever they came. That’s why we voted to pass the GOP language to re-open government that the Senate already passed. However, they still refuse to take "yes" for an answer. #EndTheShutdown