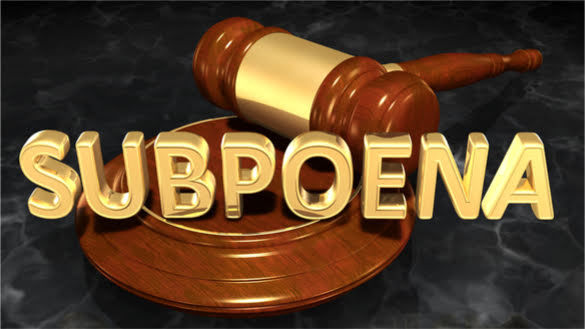 President Trump, in a new court filing, said on Monday that the efforts to subpoena his tax returns amounted to illegal harassment. The truth is the subpoena complies with the law, and Trump has been trying to keep the information and tax returns from Manhattan prosecutors for almost a year.

Trump’s legal team’s argument came in response to a filing last week by Mr. Vance’s office, which said prosecutors had a wide legal basis to subpoena the tax records and other financial documents. The office suggested it was investigating the president and his company for possible bank and insurance fraud, a significantly broader inquiry than the prosecutors have acknowledged in the past.

In their new filing, Mr. Trump’s lawyers questioned the true scope of the investigation. They wrote that even if Mr. Vance’s office was conducting a sprawling inquiry into financial crimes, the subpoena was still too broad. The Supreme Court ruled Manhattan DA Cyrus Vance Jr.’s office is entitled to everything that it could get with a proper subpoena as long as it is the same requests that would be granted by a court ruling on any other private citizen.

The truth is that if this subpoena had been issued against any other citizen, the Manhattan DA would already have every document. Trump’s lawyers know that the Manhattan DA already has Trump’s tax records from New York State and essential records from the Deutsche Bank as a result of a previous subpoena.  Also, the grand jury testimony of former Trump Organization’s CFO Allen Weissenberg gives more than enough probable cause to justify the subpoena. So when Trump’s lawyers wrote in this latest filing …

“If anything, it shows that the district attorney is still fishing for a way to justify his harassment of the president.”

The investigation by Manhattan DA Cyrus Vance Jr. has been stalled by Mr. Trump’s repeated attempts to block the subpoena. He first sued last year, arguing that a sitting president was immune from criminal investigation.

The Supreme Court, however, month ruled against Mr. Trump on that immunity claim by a vote of 7 to 2. Chief Justice John G. Roberts Jr. wrote for the majority.

“No citizen, not even the president, is categorically above the common duty to produce evidence when called upon in a criminal proceeding.”

But the decision by the Supreme Court opened the door for Mr. Trump to return to the lower court and raise other objections to the subpoena. However, it’s clear by Trump’s lawyers two latest filings they have no basis to prevent the subpoena from being enforced legally. All they can come up with is a re-appealing their argument that Vance’s subpoena had been issued in bad faith and was “wildly overbroad.” Mr. Trump’s lawyers wrote in the latest filing…

“The Mazars subpoena is so sweeping,” “that it amounts to an unguided and unlawful fishing expedition into the president’s personal financial and business dealings.”

A senior official in Mr. Vance’s office recently told the judge overseeing the proceedings, Victor Marrero of Federal District Court in Manhattan, that the tax returns were “central evidence” in its investigation. That representation is most likely going to accept.

Even if Mr. Vance obtain the president’s tax returns, they are not likely to become public in the foreseeable future. They would be shielded by grand jury secrecy and might only surface when and if charges are filed and were introduced as evidence in a trial or as part of an indictment handed down by the Manhattan grand jury.

An indictment could be handed down by the grand jury well before the election, an October shock rather than surprise.