Trump Gets an F! 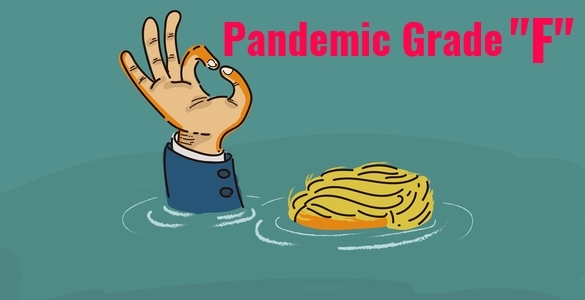 Hospitals are already running out of medical masks just as Vice President Mike Pence admits they’ll be available ‘in a matter of weeks.’

You and your entire family’s lives are in danger from this pandemic. California Governor Gavin 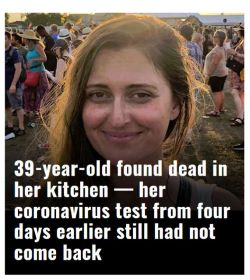 Newsom (D) wasn’t pulling any punches when he warned that more than half of his state’s 41 million residents and visitors will be infected. Won’t matter what your race, creed, or color; if you get seriously ill, your chances of survival is 50/50.

Trump and Pence are both criminally incompetent!

Despite all the undoctored video footage of Trump minimizing the chances of an epidemic and insisting he and administration were prepared for this crisis. He was repeatedly approached by his experts about the danger of a pandemic and ignored the warnings avoided intelligence briefings and tweeted as the flames rose literally around him.

President Donald J. Trump and his kakistocracy have successfully proved themselves so ill-prepared, incompetent that they have managed to turn a horrific epidemic into a mega that the CDC recently predicted case scenario of 200,000 to 1.7 million deaths into the millions.

Not having the personal protective gear for the medical teams taking care of the skyrocketing number of infected becomes a suicide mission.

It’s time for Americans who voted and continue to support this President and Administration to admit to themselves that President Trump is not equipped for the job of president. As a result, he, the Vice President and son in law, Jared Kushner, has mismanaged the crisis to the point that millions of Americans could end up dead.

Trump knew of the danger in January. He’s even bragged about himself being the first to realize this was a pandemic. If this was the case, the president should have asked the CDC to prepare sooner!

Trump and Pence were told of the danger, refused the WHO tests because they weren’t manufactured in America. We would have had the millions of masks and personal protection equipment by this time if the Stafford Acted had been enacted. Now the infection rate will get worse because of the growing barrier of not being able to test. Trump and Pence have made being anywhere near the infected without proper protective equipment a suicide mission. What are the brave people working in front line hospitals to do when it becomes apparent that it's easier to get a MacDonald's burger than a preventative mask? At least we know Trump won't go hungry.

We all know now. President Trump is a reality show, real estate conman. The admission by Vice President Pence that it will be a matter of weeks before masks are going to be available is laughable if it were not so criminal. We should be all demanding the vice-president's and the president’s resignations. No excuse.  A lot of Trumpsters are going to die believing in the guy that killed them. Sad.