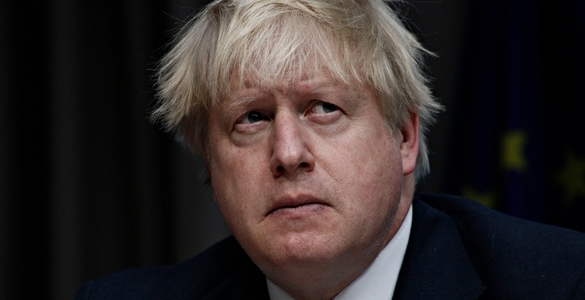 President Donald Trump's love affair with Boris Johnson has come to an apparent abrupt end. Johnson has delayed a scheduled U.S. visit after Trump read the UK Prime Minister the riot act after discovering Johnson defied Trump and gave the Chinese telecom company Huawei the rights to develop the UK's 5G network. Trump ended the call by "slamming the phone down," a source at Number 10 Downing Street, according to the Evening Standard.

The call was described to the Financial Times by a source that witnessed the call - as "very difficult." This comes with the backdrop of senior members of Johnson’s government have openly criticized President Trump and his administration in recent weeks.

President Trump's threats reportedly irritated the UK government, with Johnson especially frustrated at the President Trump's inability and failure to suggest any viable alternatives to the deal worked out with Huawei to develop its 5G network.

The official UK account of the call left out  the angry exchange and instead only hinted at the disagreement by saying Johnson "underlined the importance of like-minded countries working together to diversify the market and break the dominance of a small number of companies."

The United Kingdom’s Sun reported on Friday that Johnson had already pushed back a planned trip to Washington D.C. to March, adding that it "may be pushed back still further."

Prime Mister Johnson and senior members of his administration have pointedly criticized Trump in recent weeks. At the beginning of the week, in his first major speech on foreign policy since the general election in December, Johnson launched a thinly veiled attack on Trump and his "protectionist" economic strategy. Johnson said, alluding to ongoing trade battles between Washington and China…

"Free trade is being choked…And that is no fault of the people. That's no fault of individual consumers. I am afraid it is the politicians who are failing to lead."

In an apparent pre-emptive attack on President Trump for his many threats to launch a new trade war against Europe, Johnson, in his speech, pointed out …

"…from Brussels to China to Washington, tariffs are being waved around like cudgels, even in debates on foreign policy where frankly they have no place."

This is amazing fodder for Democrats running for President and the U.S. Senate. The risk of destroying NATO and the post-World War II order could prove to be a much more powerful threat to Trump’s re-election now that Boris Johnson and his government are speaking out.