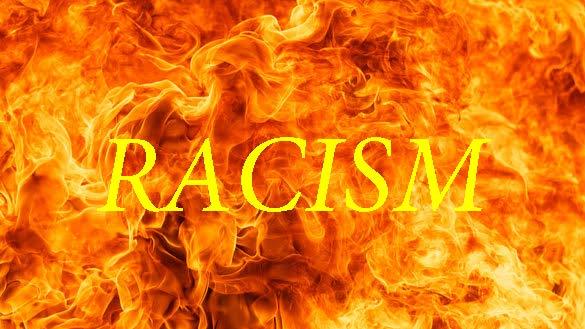 A hammer-wielding supporter of President Donald Trump threatened a Latino couple, which included a front line physician while shopping in Houston. Trump’s racist rhetoric is going to lead to patriotic American deaths.

Imagine being a medical doctor, a first responder, an American hero battling the coronavirus, and treating patients in New Orleans.  You take a deserving timeout vacation to Texas with your family over Memorial Day weekend. Out of no-where, a psychotic racist, a true believer in the president’s hateful rhetoric, decides to stalk you to a restaurant. Once you park, you notice this deplorable is screaming at you,  waving a hammer, and threatening if you don’t go back to Mexico, she’s going to do you harm.

According to police records and local TV station news, Constance Lynn Bono was arrested Sunday after she confronted Arturo Corovez and his wife, Dr. Lia Franco, apparently mistaking the Ecuador natives as Mexican, and screamed bigoted threats at them, reported KPRC-TV.

“She stopped behind us…After that, she started showing a hammer through the mirror. She was shaking her arm … and cursing at us, I think. I was thinking, what did I do?”

The couple called 911 and then pulled into a gas station, where the woman followed and pulled alongside them, still screaming.

This is a racial hate crime, but in Texas, white right-wing racists usually get away with it. Yet, with the 2020 election approaching and the former Vice President within 1 to 3 points of winning Texas. Texas law enforcement is now under a microscope.

Police on arrival were told of the threats. They immediately arrested the woman who went from screaming her threats to getting out of the car, making several threatening motions with the hammer and finally taken into custody.

Bono was charged with aggravated assault with a deadly weapon, a second-degree felony with a punishment range of up to 20 years in prison. Franco ever the medical doctor has taken the position that Constance Lynn Bono is mentally ill.

Despite the doctor’s analysis, racism and bigotry is not a disease. Stalking and hunting down people of color is not a mental illness. Threatening people because you think they’re Mexicans and deserve to be murdered with a hammer is a racist crime, and as a result, she should face trial and be sent to a Texas prison and taken out of society.

The problem is there are 100’s of thousands of racists that are all too willing to resort to violence, especially with President Trump fanning the flames of hatred in this country. Constance Lynn Bono will claim she is a Christian woman and isn’t a bigot or racist because of the pictures of black people on her Facebook page.

Texas has suffered two of the worst mass shooting since 2018…

Both of these shootings were committed by racists looking to target people of color and those in close proximity.  We don’t need a President of the United States to spew and fan the flames of hate.  Hate is already inundated throughout our society.   Mr. president it doesn't need your help!