Trump Forcing 50,000 Federal Workers Back To Work Without Pay 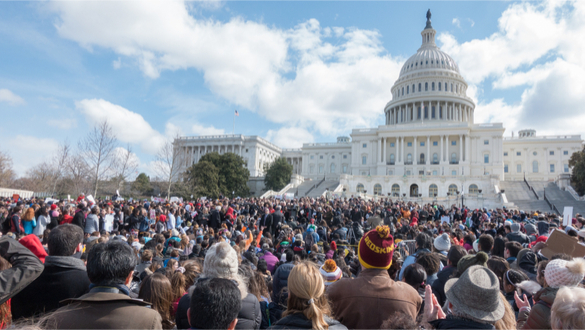 This past Friday New York Times reported the shocking news that the FBI had opened an investigation into whether Russia had compromised president Trump a few days after the Comey firing.

Over the weekend we learned from the Washington Post President Trump since taking office has met with Putin five times. Each time POTUS has gone out of his way to keep everything said between the two men, entirely to himself. POTUS has shared nothing about the conversations with any of his advisors or members of his cabinet.

Also, we learned POTUS has been destroying contemporaneous notes made at these meetings, and even his translator was admonished by the President not to discuss what took place with anyone including any curious cabinet members.

In response to the two stories, POTUS tweeted out a hail storm of accusations at Clinton, Comey, FBI, Cohen, and Mueller. They’re the ones that should be investigated, and convicted. All 17 of the investigations into him, his businesses, presidential campaign, inauguration are taking place for “no reason, no reason.”

Is it just me or does the President repeated himself over and over within the same paragraph when he’s lying or making something up? He also tends to lie so badly it has the feel of the creeping up of senility.  A frightening challenge given Trump has to govern still while up to his neck in manure.

So to cap of the last four days, Trump is unwilling to open the government even temporarily, three weeks as proposed by Senator Graham. Trump dismissed the suggestion. Instead, he has ordered almost 50,000 federal workers back to work. Key people needed to fulfill vital government tasks, including disbursing tax refunds, overseeing flight safety and inspecting the nation’s food and drug supply, as it seeks to blunt the impact of the Trump shutdown. The 50,000, however, are not going to be getting paid until after the shut down ends.

The courts offer the workers help in this financial hostage-taking by POTUS. Tuesday evening a federal judge rejected lawsuits by unions representing air traffic controllers and other federal workers intended to compel the U.S. government to pay them if they are required to work.

Does the President think he can hold back two, three even four paychecks? Washington Post Reporter, Robert Costa on MSNBC Friday night described President Trump as being entirely unprepared for the office. Costa described a chaos President who doesn’t know the rules, doesn’t want to learn them, and wouldn’t obey them in any case.

What’s next? Walkouts, massive walkouts with people from all professions joining in solidarity with unpaid government workers – who make America run, lay shortly ahead. This internal chaos created by the President is not what I envision by his campaign and administration slogan, “Make America Great Again.”

I’m no psychic; the fact is there have been civil servant strikes in Europe, South and Central America that have repeatedly brought down governments.

When our country begin to be immobilized frozen by work stoppages and strikes, and millions start marching in protest the Mitch McConnell and GOP Senate will take up the funding bill passed by the House and government will re-open. To make sure this doesn’t happen both houses of Congress again should extend the funding and the ceiling through to the next presidential inauguration.

The President’s people have just doubled the estimate of the impact of this shutdown on the U.S. economy. They are warning it could lead to an economic contraction. Imagine Mr. President, closing 25% of the U.S. government for 30, 60 even 90 days for a wall, only to push our economy into a recession? Who would guess?  Today’s NPR/Marist Poll shows 59% of the American people blame President Trump and 31% blame Democrats for the shutdown. Do the math, Mr. President.