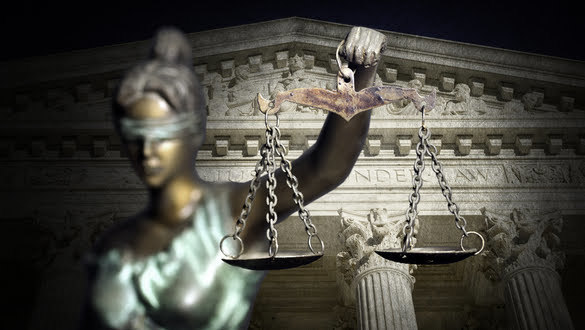 The court heard arguments Tuesday in Trump v. Mazars USA, LLP, where the Department of Justice Solicitor General Jeffrey Wall argued that Congress should not be able to subpoena the president’s personal tax records without a specific legislative purpose.

Our country will find out whether President Trump’s Supreme Court appointments are willing to put the President of the United States above the law, something Supreme Court Justice Ruth Bader Ginsburg is clearly against.

“The purpose of the investigation is to frame the legislation,” Ginsburg said. “You don’t have the legislation in mind. You want to explore what is the problem, what legislative change and reduce or eliminate the problem. For example, the Ethics in Government Act, Congress may decide that it needs to beef up that legislation. It may also decide that, for financial disclosure purposes, there should be the disclosure of tax returns, so those are legislative purposes, investigate to see if you need legislation of that sort.”

Justice Ginsburg then called out the solicitor general for holding Congress to a lower standard than the court typically took towards a police officer working a beat for argument’s sake.

“To impugn Congress’s motive, and even the policeman on the beat, if he stops a car and gives a reason that the car went through a stop sign, you don’t allow an investigation into what the subjective motive really was,” she said. “Here you are distrusting Congress more than the cop on the beat.”

Wall responded by insisting he agreed that Congress had the authority to carry out investigations to determine whether legislation was necessary. Still, he said the standard should be higher when it involved a president’s conduct.

Ginsburg response to Wall before her time ran out…

“How did that work out in the Paula Jones case?”