Trump Economics Aid: US Will Move Ahead Without Canada on Trade Deal 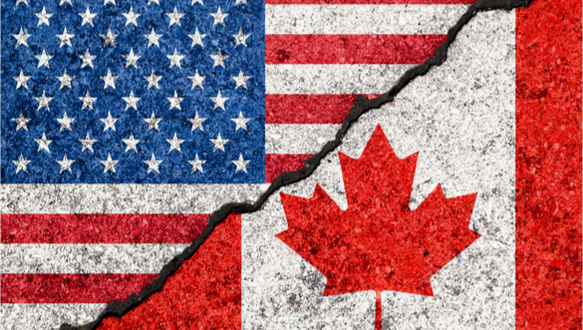 Discussions with Canada have however not gone well, and it is believed that disagreements over dairy and agriculture products have not yet been resolved. Negotiations with China are also still an obstacle to the White House's goal of revamping trade agreements globally.

Trump wants Canada to accept imports of U.S. dairy products that are subsidized by the U.S government. No other country in the world would allow that imports subsidized by trading partner, without substantial incentives. Trump is offering no concessions so Kevin Hassett, a White House economic aide, says that as Canada has not yet signed an updated NAFTA deal, the U.S. and Mexico may continue without it.

Hassett told Fox News that as the deadline for a new trade agreement was fast approaching, the US and Mexico may have to continue by themselves, leaving Canada behind.

Hassett, the chairman of the Council of Economic Advisers, explained that if Canada did not come around soon, the updated NAFTA agreement could end up being bilateral, rather than a trilateral agreement.

Hassett added that although the U.S. was still in talks with Canada, the deadline was getting very close and if Canada did not sign soon, the US and Mexico would move forward without them. Hassett was surprised that Canada had not signed the agreement yet, and felt they have a very good agreement that they should take advantage.

At a Yahoo Finance conference in NY, Hassett revealed that the deadline for Canada to sign the agreement is likely to be Sept. 30. Mexico and the U.S. agreed on the pact in August, and it includes strong provisions for processes regarding trade secrets and theft of intellectual property.

Discussions with Canada have however not gone well, and it is believed that disagreements over dairy and agriculture products have not yet been resolved. Negotiations with China are also still an obstacle to the White House's goal of revamping trade agreements globally. The new NAFTA might be used as a template for those talks.

According to Hassett, the U.S. is awaiting a response from Canada after having made a reasonable offer to that country.

Hassett has expressed concern that Canadian politics is standing in the way of common sense, as the deal designed by the U.S. and Mexico to appeal to Canada is not being signed. He added that they didn’t understand why this is happening, but hopes that they’ll still come in at the last minute. If this does however not occur, the US and Mexico will continue on their own, while they’ll continue negotiating with Canada later.

The White House has previous already indicated that they would be willing to move on without Canada when Steven Mnuchin, the Treasury Secretary, stated in August that this was a possibility in an interview with CNBC.

In spite of this, Hassett's comments have taken some steam out of what was otherwise a positive day on Wall Street, with major averages ending up mixed.