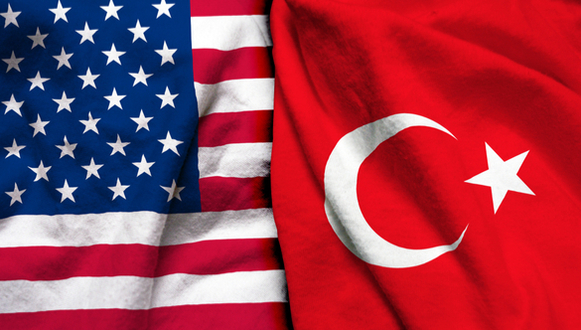 President Trump continues to prove he has no understanding of diplomacy or global economics. He remains convinced by ratcheting up tariffs against our trading partners he will be able to make them succumb by sheer economic force to his will. It’s a dangerous strategy that could end up trigger major economic disruptions, changes in world allegiances and even military conflicts.

The thing about starting conflicts like this with authoritarian governments like Turkey and China is they don’t have to worry about the blowback from their citizens. Those who speak out about the hardships created by increases in U.S. tariffs and any declines in the value of their nation’s currency are subject to imprisonment and “conveniently times car crashes and accidents” that completely end their criticisms.

Also, the greater the economic harm caused by the United States to authoritarian governed countries like Iran, Turkey and Russia the more likely the leaders of these countries can turn their citizen’s ire directly back on the United States.

Responding to the escalation of venom by Donald Trump designed to force the Turks to bend to its desired anti-terrorist strategy in Syria, to release a US pastor who is facing terror and espionage charges in Turkey for purportedly being involved in the failed 2016 coup attempt. Turkish President Erdogan said earlier today in a speech that the economic misery being created in the world’s financial markets for his country is being orchestrated by "campaign" led by foreign powers. Trump’s doubling the tariffs on Turkish steel and aluminum, has triggered a precipitous fall of the Turkish currency the lira to accelerate.

In a tweet sent on Friday Morning, President Trump gloated that the Turkish currency was weak against "our very strong dollar," adding that "US relations with Turkey are not good at this time." Trump by his actions has managed to both tip Turkey’s economy deeper into crisis and sent the lira to an all-time low. Trump’s open hostility towards the Turkish government and its increased sanctions have a severe consequence elsewhere in the world’s financial markets.

Stock markets around the world, as well as commodity markets, are beginning to decline. The U.S. sanction regimes are also impacting the world price of soybeans, cotton and wheat futures against Turkey and all of its other trading partners. Large amounts of these U.S. agriculture products are starting to pile up, waiting for buyers.

The U.S. S&P 500 Index isn’t immune to the economic distress in the world financial and commodity markets. The index saw its weekly gain erased, which short-circuited a rally that could have put it a striking distance of its all-time high. Trump’s trade wars are coming at a time the Federal Reserve has already signaled its intention to hike interest rates two more times this year.

The Russian Ruble declined sharply, the most significant fall since the 2015 oil shock after the U.S. announced new sanctions on Russia over a nerve-agent attack in the U.K.

China responded to the Trump administration’s imposition of more tariffs with additional tariffs of its own.

The British pound fell for a seventh session, heading to its worst week since May.