Trump Desperate to Stop Congress from Seeing His Tax Returns 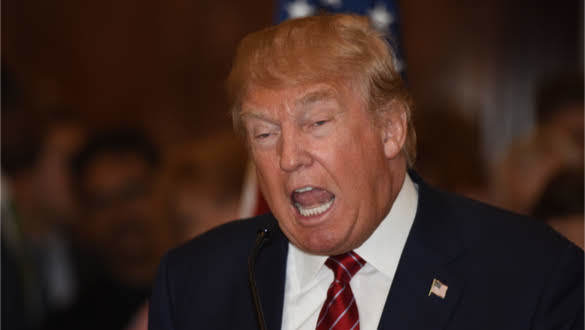 Disgraced, twice impeached former President Donald Trump, is now dealing with at least three criminal investigations. Trump is desperate to prevent Congress from seeing the six years of his tax returns have gone to court on Wednesday urged a federal judge to block the Treasury department from handing them over to the House Ways and Means Committee.

It looks like conman Trump may be setting up another group of lawyers to be stiffed for their legal fees.

This morning lawyers representing the former President filed a pleading in Federal Court to stop the Treasury Department from turning over six years of his personal tax returns to Chairman of the House Ways and Means Committee Richard Neal (D-Massachusetts) that the Merritt Garland Department of Justice says must be turned over under current law reversing an opinion issued by the William Barr Justice Department.

Trump, through his lawyers, is claiming the House Ways and Means Committee's real reason for requesting his returns is to find details to embarrass him. Rather than look at how the Internal Revenue Service (IRS) audits presidents, Trump cites as the reason being used to examine his tax returns. The court filing argues...

The court filing goes on to argue…

'It (House Ways and Means Committee) asked for the information of only one president, asked for open files for which audits have not been completed, and never asked the IRS for the most relevant information – namely, how it audits presidents.'

Trump has a history of not paying his legal bills and using the excuse that the lawyers looking to be paid are ineffective and incompetent. This filing is so flawed that it is not likely that Trump will ever pay the lawyers for their work because he has no chance of winning or even getting a temporary stay for the turnover of his returns from the Treasury Department to the Chairman of the House Ways and Means Committee.

In its memo five days ago, Garland Justice Department stated that the House committee's Chairman…

But the Chairman of the House Ways and Means Committee doesn't need a reason to request any person or business's tax returns to examine them. The statute at issue here is unambiguous and absolute and doesn't require any conditions for the handover. The statute reads …

"Upon written request of the chairman of one of the three congressional tax committees, the Secretary shall furnish the requested tax information to the Committee."

Trump's lawyer's argument that the statute the committee has cited, allowing tax-writing committees to obtain an individual's tax returns, has never been applied to a president, former president, or elected official is absurd. The fact is Trump is the first U.S. President since Richard Nixon not to release his tax returns publically. So the House Ways and Means Committee has not been in a position where it needed to rely on the statute. So the argument that it has never happened amounts to nonsensical gibberish.

Trump has fought for years to keep his tax returns from being turned over to prosecutors, lawmakers, and the public. Legal experts and tax experts have speculated that his taxes have been so fraudulent that Trump could face Federal Prosecution for tax fraud if they are released. His returns may reveal that he has been under the undue financial influence of foreign powers.

The Department of Justice is likely to file a response by the end of the day, and the court could decide the case at any moment after the response is received. The court is expected to toss the Trump arguments in the trash, and he is likely to direct his lawyers to appeal every subsequent court that also rules against him. However, no court is expected to issue a restraining order that would delay the delivery of Trump's federal tax returns, given the absolute clarity of the statute. This could mean that while Trump continues to put his lawyers on the futile effort, the Chairman of the House Ways and Means Committee may have already made a criminal referral to the Department of Justice.

Bottom line: Trump's lawyers will be blamed for handing over his tax returns and won't like to see a dime of their fees paid. He'll end up blaming them for any criminal referral to the DOJ.