Trump Desperate to Keep Bolton’s Book from Being Published 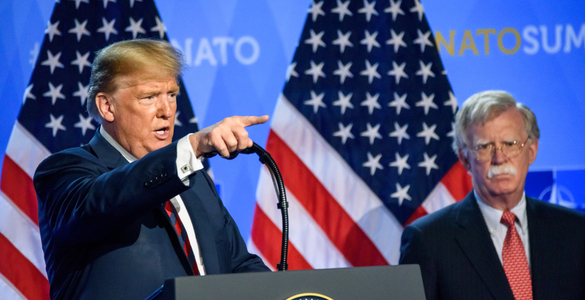 Donald Trump is still threatening another lawsuit to prevent another book from being published, something he has done several times in the past when he has gone on the defensive against books that have exposed his immoral and scandalous behavior.

The White House issued a formal threat to former national security adviser John Bolton and his publisher Simon and Shuster warning them against publishing an upcoming book that among other things alleges the President admitted to Bolton that his withholding $391 million of Congressionally authorized funds for the defense of Ukraine was in order make sure the country’s new President and government would announce opening an investigation into Trump’s political foe former Vice President Biden, his son Hunter and other Democrats.

According to sources familiar with the contents of Bolton’s soon-to-be-released book… “The Room Where It Happened: A White House Memoir,” said the Ukrainian bribery/extortion attempt is just the tip of the iceberg of instances of President Trump’s abuse of his presidential powers and contains a firsthand witness account outlining key allegations of Trump’s misconduct. 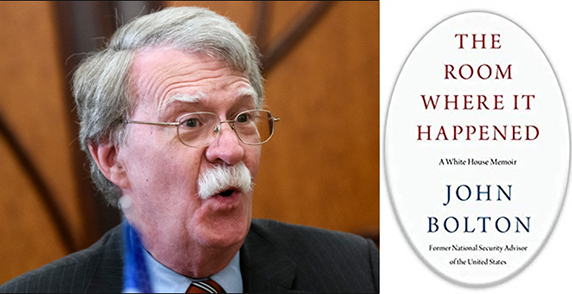 The warning from the White House came in the form of a letter claims the manuscript of Bolton’s book contains “significant amounts of classified information,” including information classified as “top secret.”

The warning to Bolton and Simon and Shuster comes after Trump posted multiple derisive tweets about Bolton Wednesday morning, criticizing the GOP foreign affairs conservative icon book as being “untrue.” 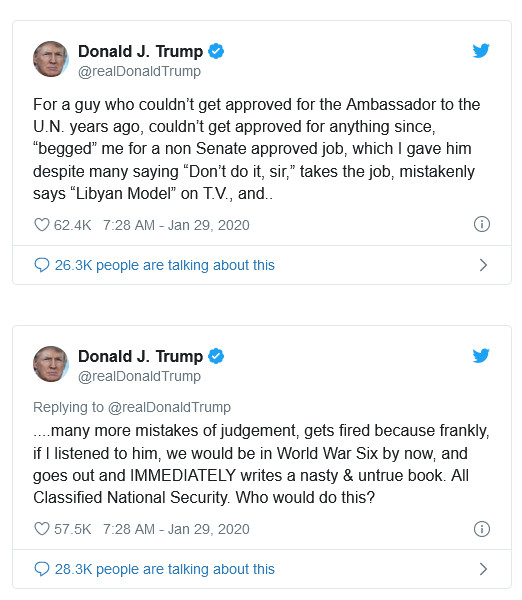 Bolton is widely seen as a critical witness in Trump’s ongoing impeachment trial, but many GOP Senators want to ignore his book’s claims and keep him from testifying. We already know from Congressional testimony from several White House officials that Bolton disagreed with Trump’s conduct at the time and actively worked to stop it.

Bolton refused to testify to the House Intelligence Committee in December, announced on January 6, 2020; he was willing to testify if subpoenaed by the impeachment trial currently taking place in the Senate.

Trump's allies in the U.S. Senate have argued against Bolton’s testimony creating the appearance of censorship even before the attempt to prevent Bolton’s book from being published.  Before the White House threatened both Bolton and Simon and Schuster on Monday, Utah Sen. Mitt Romney said it seems “increasingly likely” GOP Senators will vote to have Bolton testify. Romney was quoted as saying...

“I think it’s important for us to hear from John Bolton.”

President Trump threatened to sue the author of “Fire and Fury,” Michael Wolf and his publisher Henry Holt and Company in 2018 and exploded in rage at Pulitzer Prize-winning Bob Woodward of Watergate fame when he published his book Fear: Trump in the White House also in 2018 in which among others things claimed…

“The things that Trump did and does jeopardize the real national security.”

Donald Trump promised to “write the real book” on his presidency, to correct a record he says is misrepresented by Bob Woodward, veteran author of fear. Trump was quoted as the narrative of Woodward’s book was becoming public as saying…

“The Woodward book is a Joke…Just another assault against me, in a barrage of assaults, using now disproven unnamed and anonymous sources. Many have already come forward to say the quotes by them, like the book, are fiction. Democrat’s can’t stand losing. I’ll write a real book!” 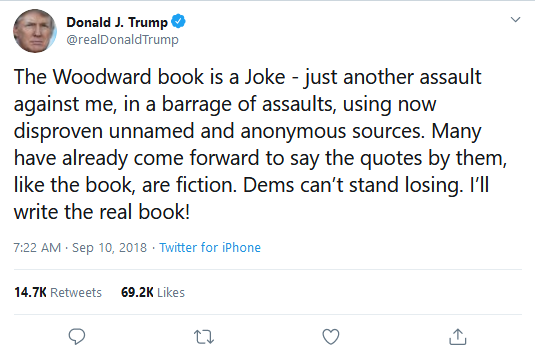 President Trump’s turning against John Bolton’s and attacking his former National Security Advisor is another in a long list of those who have worked for the Administration in a key role only to find themselves under attack and siege after leaving the administration.

President Trump, whom the Washington Post says has lied or made inaccurate statements almost 16,000 tweeted yesterday…

“I NEVER told John Bolton that the aid to Ukraine was tied to investigations into Democrats, including the Bidens. In fact, he never complained about this at the time of his very public termination. If John Bolton said this, it was only to sell a book.”

In response, his former Homeland Security Secretary and former Chief of Staff John Kelly was quoted as saying in response to Trump’s denial…

Senate Majority Leader Mitch McConnell admitted yesterday he doesn’t have the votes to prevent witnesses, including John Bolton from being subpoenaed by the Senate during the ongoing impeachment trial. GOP senators are worried that the Bolton’s book will embarrass them with other disclosures and while leaning towards calling Bolton are hinting that they will likely call both former Vice President Biden and his son Hunter Biden as witnesses in an attempt to muddy up the trial.

One can only wonder what new disclosures will come from testimony by John Bolton and others as the impeachment trial continues, and after through the election.