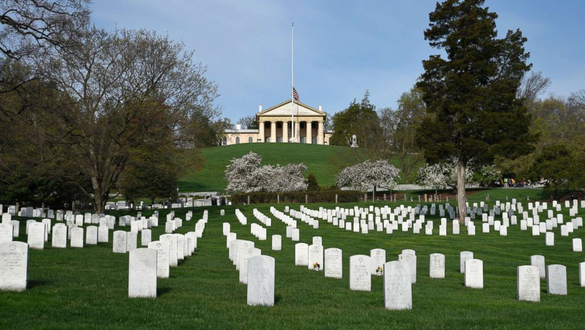 The New York magazine provides all the corroboration needed to prove President Trump made a series of anti-American comments calling American war dead “Losers” and “Suckers,” reported in The Atlantic Magazine.

President Trump’s contempt for our nation’s war heroes is well documented back to his 2016 campaign. His attacks on Senator John McCain were especially vicious coming from a draft dodger who lied four times about bone spurs to obtain deferments.

Now President Donald Trump is being confronted with explosive allegations his contempt for America’s veterans, active-duty soldiers and described America's war dead as "losers" and "suckers."

Rather than humbly apologizing for his blatant anti-American sentiment, President Trump angrily double-down that he never disparaged America’s heroes described in a bombshell article in The Atlantic written by Jeffrey Goldberg, the editor in chief of The Atlantic and a recipient of the National Magazine Award for Reporting.

Among the putrid examples, Trump’s contempt for those who died frightening for our freedom, including those made in a 2018 meeting with senior officials that took place in France. During the meeting, Trump explained why he was canceling a planned visit to the Aisne-Marne American Cemetery near Paris to honor America's war dead. It turns out Trump’s public excuse for not going blamed the cancellation of the visit on safety concerns expressed by the Secret Service due to rain, which made it impossible to fly a helicopter there.

But The Atlantic, citing four people with firsthand knowledge of the discussion that day, confirmed that President Trump said in the meeting he didn't want to go because he didn't want his hair to get disheveled in the rain. He didn't see why he should honor dead soldiers...

“Trump rejected the idea of the visit because he feared his hair would become disheveled in the rain, and because he did not believe it important to honor American war dead, according to four people with firsthand knowledge of the discussion that day. In a conversation with senior staff members on the morning of the scheduled visit, Trump said, “Why should I go to that cemetery? It’s filled with losers.” In a separate conversation on the same trip, Trump referred to the more than 1,800 marines who lost their lives at Belleau Wood as “suckers” for getting killed.”

“Belleau Wood is a consequential battle in American history, and the Marine Corps venerate the ground on which it was fought. America and its allies stopped the German advance toward Paris there in the spring of 1918. But Trump, on that same trip, asked aides, “Who were the good guys in this war?” He also said that he didn’t understand why the United States would intervene on the side of the Allies.”

According to The Atlantic article…

“Trump’s understanding of concepts such as patriotism, service, and sacrifice has interested me since he expressed contempt for the war record of the late Senator John McCain, who spent more than five years as a prisoner of the North Vietnamese. “He’s not a war hero,” Trump said in 2015 while running for the Republican nomination for president. “I like people who weren’t captured.”

“There was no precedent in American politics for the expression of this sort of contempt, but the performatively patriotic Trump did no damage to his candidacy by attacking McCain in this manner. Nor did he set his campaign back by attacking the parents of Humayun Khan, an Army captain who was killed in Iraq in 2004.”

“Trump remained fixated on McCain, one of the few prominent Republicans to continue criticizing him after he won the nomination. When McCain died, in August 2018, Trump told his senior staff, according to three sources with direct knowledge of this event, “We’re not going to support that loser’s funeral,” and he became furious, according to witnesses, when he saw flags lowered to half-staff. “What the fuck are we doing that for? The guy was a fucking loser,” the president told aides. Trump was not invited to McCain’s funeral. (These sources, and others quoted in this article, spoke on condition of anonymity. The White House did not return earlier calls for comment. Still, Alyssa Farah, a White House spokesperson, emailed me this statement shortly after this story was posted: “This report is false. President Trump holds the military in the highest regard. He’s demonstrated his commitment to them at every turn: delivering on his promise to give our troops a much-needed pay raise, increasing military spending, signing critical veterans’ reforms, and supporting military spouses. This has no basis.)”

“On Memorial Day 2017, Trump visited Arlington National Cemetery, a short drive from the White House. He was accompanied on this visit by John Kelly, who was then the secretary of homeland security, and who would, a short time later, be named the White House chief of staff. The two men were set to visit Section 60, the 14-acre area of the cemetery that is the burial ground for those killed in America’s most recent wars. Kelly’s son Robert is buried in Section 60. A first lieutenant in the Marine Corps, Robert Kelly, was killed in 2010 in Afghanistan. He was 29. Trump was meant, on this visit, to join John Kelly in paying respects at his son’s grave and to comfort the families of other fallen service members. But according to sources with knowledge of this visit, Trump, while standing by Robert Kelly’s grave, turned directly to his father and said, “I don’t get it. What was in it for them?” Kelly (who declined to comment for this story) initially believed, people close to him said, that Trump was making a ham-handed reference to the selflessness of America’s all-volunteer force. But later, he came to realize that Trump does not understand non-transactional life choices.”

“He can’t fathom the idea of doing something for someone other than himself,” one of Kelly’s friends, a retired four-star general, told me. “He just thinks that anyone who does anything when there’s no direct personal gain to be had is a sucker. There’s no money in serving the nation.” Kelly’s friend went on to say, “Trump can’t imagine anyone else’s pain. That’s why he would say this to the father of a fallen Marine on Memorial Day in the cemetery where he’s buried.”

President Trump’s denial of these and other comments was quickly confronted by The New York magazine article titled…”Here’s All the Corroboration for the Atlantic Story on Trump Attacking Troops,” which, among other things, says…

“…there are many pieces of supporting evidence. The Associated Press, The New York Times, and Washington Post quickly confirmed Goldberg’s reporting. The Post added several related details, in addition to Trump describing fallen soldiers as “losers.” “In one account, the president told senior advisers that he didn’t understand why the U.S. government placed such value on finding soldiers missing in action because they had performed poorly and gotten caught and deserved what they got, according to a person familiar with the discussion.”

What’s more, other sources have claimed that Trump dismisses the value of military service. Michael Cohen testified in 2018 that Trump admitted faking bone spurs to avoid serving in Vietnam and told him, “You think I’m stupid? I wasn’t going to Vietnam.” Mary Trump, in a previously recorded interview, said Trump threatened to disown one of her sons if he enlisted in the military. (It’s significant that she offered this account before Goldberg’s story, and thus could not have crafted it to fit a narrative created by Goldberg.)”

The New York magazine article goes on to prove many of the allegations in The Atlantic article makes.