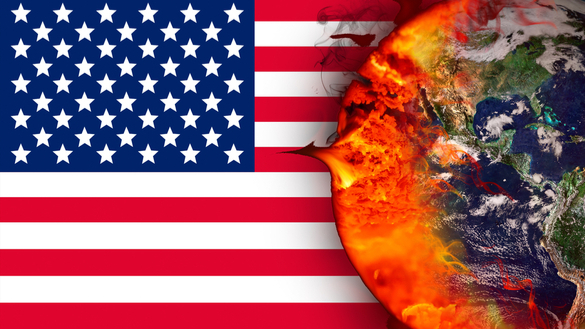 ·        Trump insists that “America First” is all about money, and human rights are a meaningless inconvenience he can’t be bothered with.

·        Trump insists he has no economic ties to Saudi Arabia but still refused to release his tax returns.

President Trump like the criminal he has been his entire professional career clearly has no respect for the rule of law. After seeing two opinions issued by two of his recent appointments to the Federal bench that went against him on immigration and his banning of CNN’s Jim Acosta from press conferences, Trump has now decided to reject the rule of international law outright.

His absurd statement today taking the position that Mohammed bin Salman, commonly known as MBS, may or may not have ordered the murder of U.S. resident and Washington Post reporter Jamal Khashoggi really isn’t in the economic or political interests of the United States.

Trump made it clear that regardless of what U.S. intelligence services report to him, it doesn’t matter. He’s justifying his blind support of his unwillingness to confront Saudi Arabia because he doesn’t want “oil could go to $150 a barrel” amounts to an abandonment of the rule of law.

Trump by his statement is signaling to every authoritarian tyrant on the face of the earth they can murder members of the U.S. press, including U.S. residents, and U.S. citizens are perfectly acceptable if it’s offset by economic considerations.

President Trump has literally declared open hunting season on the free-press and free-speech.

Ironically, Trump’s declaration of open season on free-speech and free-press comes just days before we are likely to see him ousted as a co-conspirator in one or more of the 30 indictments filed under seal in Federal Court(s) by Special Prosecutor Mueller before the election.

President Trump’s trade war with China, Japan, and Europe is bringing an end of the post-war world II alliances and is starting to unhinge the world economy.  I have been predicting a stock market selloff that could take the Dow Jones down to 24,100. We closed today at 24,400.

My prediction of a collapse to 24,100 now may be too conservative.

Trump grades his first 2 years in office an A+. God help us.