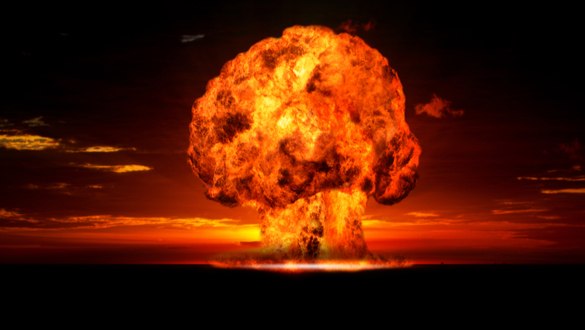 If I wanted to win that war, Afghanistan would be wiped off the face of the earth,” Trump said Monday. “It would be over in literally, in 10 days.” “I just don’t want to kill 10 million people.”

In 2016 while running for President Donald Trump asked a foreign policy expert three times why the United States couldn't use nuclear weapons if he becomes president. During an impromptu press gaggle in the Oval Office with Prime the Minister of Pakistan Imran Khan he boasted he could win the war in Afghanistan, wipe it off the face of the earth, in ten days but would kill 10 million people.

Pakistan’s Prime Minister Imran Khan showed no objection even though a nuclear war in Afghanistan could end up killing 50 to 70 of millions of people in Pakistan, Iran, China, India and other neighbors of war-torn Afghanistan. Nuclear fallout, weather aberrations, cancer, and the crises in the region could kill over 100 million. 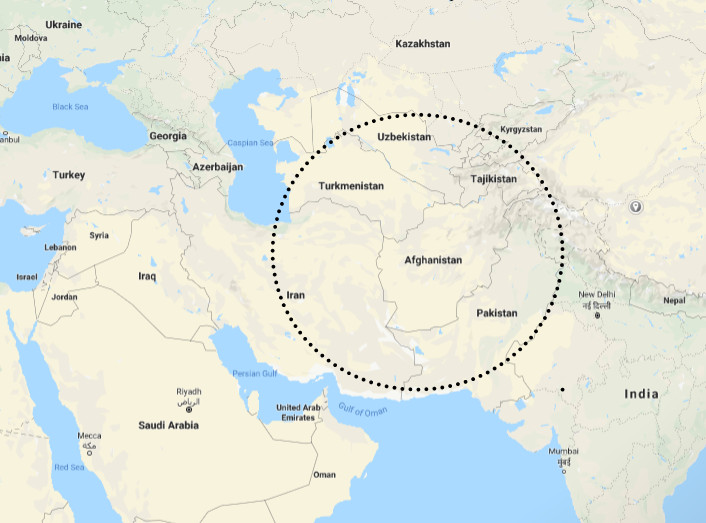 Afghanistan’s Prime Minster Ghani’s office issued a statement that stressed that while it “supports the U.S. efforts for ensuring peace in Afghanistan, that foreign heads of state cannot determine Afghanistan’s fate.”

Afghans, human rights activists, nuclear experts and strategic defense analysts, however, recognized the madness and began condemning Trump’s remarks within minutes of their leaving his lips.

Rahmatullah Nabil, a candidate in Afghanistan’s upcoming presidential election, said in a Tweet … 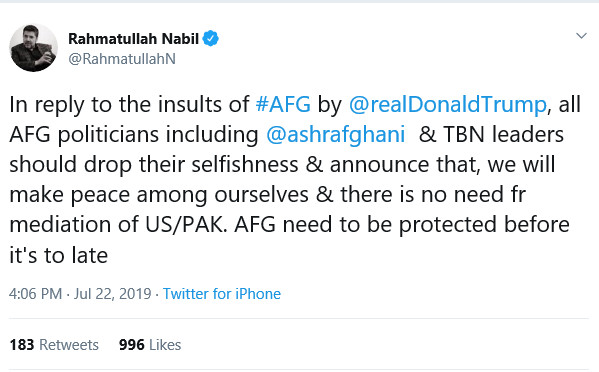 … in response to the president’s “insults,” all Afghan leaders, from Ghani to the Taliban, “should drop their selfishness & announce that we will make peace among ourselves.” There is no need for mediation from the United States or Pakistan, he added. 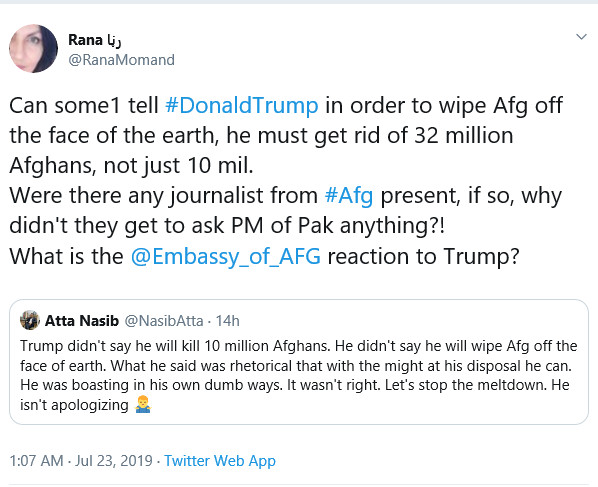 “Can some1 tell #DonaldTrump in order to wipe Afg off the face of the earth; he must get rid of 32 million Afghans, not just 10 million.” The United Nations puts the current population of Afghanistan at 37.2 million.

No other President after Harry Truman has threatened another country with nuclear weapons. In Truman’s case, it was an effort to get the Japanese to surrender and end the Second World War.

In 1962 during the Cuban missile crisis, President Kennedy warned Russia that any nuclear missile launched from Cuba would be seen as an attack by the Soviet Union, but did not threaten a first strike using thermo-nuclear missiles.

In 1984, in a poor joke, President Regan told during a warm up for a speech said he had signed legislation outlawing Russia forever and we begin bombing in five minutes” it was known as the joke heard around the world. No mention of nuclear weapons.

President Trump is the first to threaten tens of millions of lives with being wiped off the face of the earth, first during his fire and fury warning to North Korea and now to the people of Afghanistan. By doing so, Trump may have handed a legitimate reason for Iran and other countries to arm themselves with nuclear weapons.

Trump’s threats publically refute the first use of nuclear weapons policy the United States has stuck with since the 1970’s Soviet/U.S. nuclear treaties.