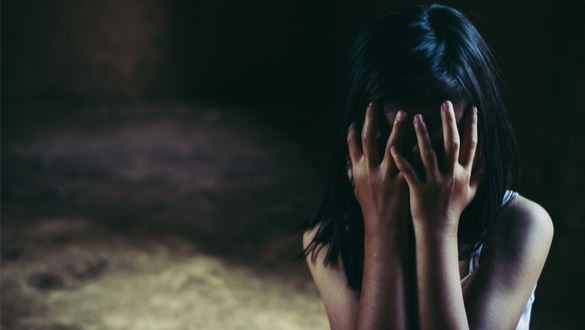 There are different types of child abuse and torture, according to the World Health Organization… physical, verbal /emotional, mental / psychological, financial / economic, cultural/identity and sexual. Donald J. Trump and his administration have and are guilty of every one of these. President Trump must face trial for crimes against humanity.

President Donald Trump publically admitted that his immigration policy is based on deterrence. When babies, toddlers, and children are torn from their parents and thrown in cold concrete cages that resemble those in a dog pound with no bedding, blankets, clean clothes, the ability wash or brush their teeth for weeks even months at a time, that a deterrence.  Yet his administration has done everything they can to hide and deny these crimes against humanity. If its deterrence they should be giving tours to the inhuman treatment they are paying ultra-rich GOP donors $750 a day to inflict on these children, as well as the inhuman treatment of adult asylum seekers.

Children are being mocked, abused, and raped by their guards Trump’s minions in this private and public ICE and private security facilities under the direct supervision of Homeland Security and Health and Human Services.

The raid of seven food processing facilities in Mississippi on Friday the first day of school in the state orphaned hundreds of children. There was no effort at all beforehand to provide the care for these disposed of children, and as such, they were tortured with mental, psychological, and yes racial targeting and abuse.

Not a single MS13 gang member or person guilty of a felony was arrested by ICE. President Trump repeatedly pledged to deport M13 gang members and criminals first before he was and after he was elected. What ICE did do is confront a U.S. citizen with brown skin who insisted he was a U.S. citizen and tased him, and arrest him only to discover they crossed the line. He is a U.S. citizen.

The real criminals are the companies that hired these workers at slave wages. All of whom are Republican donors were not even cited when their crimes were intentional and felonies.

Attorney General William Barr and President Trump, as well as the acting heads and their minions at ICE, Homeland Security and Health and Human service, must be indicted and face trial at the Hague, an international court.

Trump supporters in the GOP seated in Congress who still buy this as making America great again are complicit in these crimes. I take no pleasure in saying Moscow Mitch McConnell, and his caucus are criminals, guilty to allow this president to spew hate at every opportunity that leads to El Paso massacre. Judging from the arrests of other potential mass murderers with white Supremacist ideology, another massacre of Mexicans, people of color could happen at any moment by a red hat-wearing MAGA enthusiast.

We are living George Orwell’s 1984, complete with a solid hour every day of hate from our President. He and his evangelical base makeup false statements and push them as facts; in effect FOX, OAN and their disgusting opinion staff that spew propaganda as news should be labeled the Fahrenheit 451 Brigade. A litany of Tokyo Roses who push lie after lie to people who used to be conservatives into become supporters of fascism.

Now the President wants to issue an Executive Order, much like Putin’s new law that says you cannot criticize the Russian government and if any Russian does they risk 15 days in jail. If President Trump issues this proposed Executive Order, he will set off the second American Civil War. The protests of women following his election will pale in comparison. President Trump is a corrupt, lying, deranged, racist, and child abuser and Attorney General Barr are both in violation of their oaths of office.

The next massacre with schools opening across the country in the next several days could be at your local elementary, middle, high school, or university. There are hundreds of white nationalists, supremacists who are so ideologically perverted who believe they are answering deranged Donald’s call to murder and slaughter.

All of this takes away from Trump’s trade wars that are crippling American farmers for a generation. The steel, coal and automotive jobs are not returning to Michigan, Ohio, Wisconsin, and Pennsylvania. Voter suppression is raging from Georgia through the south and in Texas. Hitler ordered the Reichstag burned to the ground to declare a public emergency that began the executions of communists and lead to almost 100 million dead by the end of World War II.

President Trump knows if he loses the 2020 election, he will be put on trial at the very least in NYC along with his crooked son in law and his three oldest children. So, he will stop at nothing to either win the election or seize power. This is not the environment to be long stocks; this is the financial environment to load up on gold, silver, weapons, and ammunition. The second Civil War is right around the corner as red hat-wearing white supremacists are formed into legal posies to hunt down the free press, thinking Americans for internment in Trump Concentration camps. Be warned.