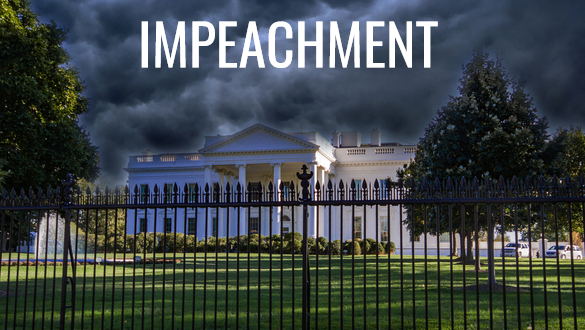 President Trump seems to be testing whether he can illegally ask two foreign powers to interfere in the upcoming 2020 election after denying he did the same thing in 2016. He openly asks Ukraine and China to Investigate Former VP Biden.

Maybe President Trump really believes he couldn’t be convicted if he shot someone dead on 5th Avenue?

President Trump who is already an unindicted co-conspirator in a felony federal campaign finance violation case his personal lawyer Michael Cohen plead guilty and is serving 3 years in prison, and who is also currently the target of a Grand Jury investigation in New York City being led by the Manhattan District Attorney, Cyrus Vance Jr. finally answered the question he refused to answer three times in a row yesterday by Jeff Mason, a Reuters reporter…

‘What did the president hope to achieve when he asked the Ukrainian president, Volodymyr Zelensky, about the Biden family’s dealings in his country?’

Then Trump went on to suggest the authoritarian government of China should also investigate the 2020 presidential candidate Joe Biden and his son. In doing so, Trump literally asked two foreign governments to influence the 2020 U.S. election, even as Congress investigates him for doing exactly that; abusing his Presidential powers.

“China should start an investigation into the Bidens because what happened in China is just about as bad as what happened with Ukraine,”

President Trump repeated the same lies he has been repeating for a week regarding his phone call with Volodymyr Zelensky. Trump’s insistence that there was nothing wrong with his call ignores the fact that he used the Presidency of the United States to solicit help not for our country’s benefit but for his personal political benefit. That’s a crime and what will be the first article of impeachment, then tried to cover up the crime, which will likely be the second article of impeachment. Trump’s asking both China and Ukraine to open investigations into former VP Biden and his son, violates the U.S. Constitution by a foreign power. It may be seen as surrendering our nation’s sovereignty and be the third article of impeachment.

On Wall Street, the Down Jones has fallen over 800 points in the past two days, but today is taking a breather. The Dow Jones was up 97 points as this story has been written.