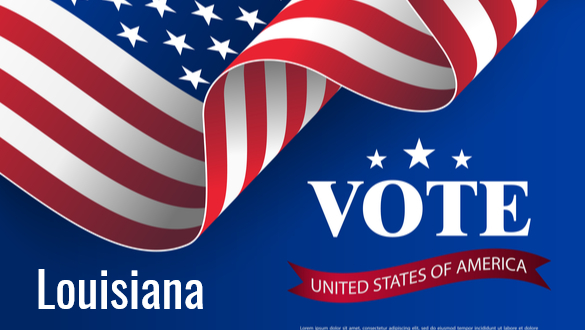 After making every effort to rally GOP voters in Kentucky with multiple campaign rallies and losing Governor’s race, President Trump has repeated the effort in the deep southern state of Louisiana casting the Louisiana vote tomorrow as an impeachment referendum.

As Gov. John Bel Edwards (D-LA) in the latest polls has a 54% vs. 38% job approval rating but only leads his Republican Challenger businessman Eddie Rispone (R) by-poll average of 3.5% the big question on Saturday is who will turn out more voters tomorrow and finish strong enough to win this election. In other words, is President Trump’s repeated rallies and visit to the Bayou state going to be enough to elect a Republican Governor?

So far, there are indications that Louisiana’s Democratic electorate is showing up in large numbers in early voting numbers. The two keys for Gov. John Bel Edwards comes down to whether Democrats fed up with President Trump show up in big enough numbers and if black turnout peaks on Saturday. Well regarded and respected state election analyst and pollster John Couvillon estimated that black voters made up 26.5% of the primary electorate in the first round runoff election – as subpar turn out when compared to the hostile midterm Sen. Landrieu face a few years ago when 30% black electorate in both her primary and runoff.

For Gov. John Bel Edwards to win re-election, he needs to turn out 30% to 33% of the black electorate of Louisiana tomorrow or net the lion's share of the state’s independent voters.

Local pollsters are predicting a very close election result and are acknowledging that the early voter turnout suggests that Democrats are effectively turning out their base. This is painting promising results for Edwards. In particular the electorate that has voted early in all but six parishes have seen a substantial increase black voter turnout. Statewide, nearly 490,000 votes have cast early, the highest amount ever in a non-presidential race, and black voters accounted for 31%, again a crucial number for Democratic win. This raises the question with President Trump’s insisting that this election in the Bayou state is a referendum on his impeachment. Will this mean a win by Gov. John Bel Edwards in this deep southern state is an indication that voters are tired of Trump’s scandals, crime, angry rhetoric, and insistence he is above the law is finally catching up to him?

Is discontent with President Trump going to bring a Democrat wave election in 2020? The results of Louisiana may be a leading indicator if the President is to be believed.