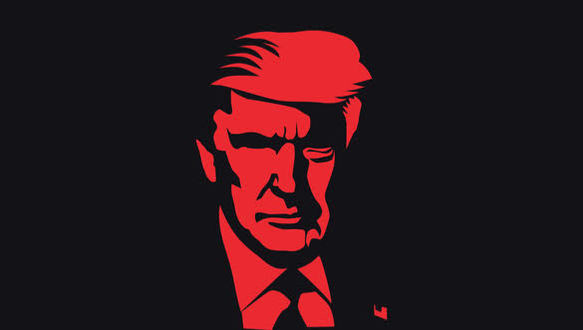 On Sunday, the Washington Post reported that President Donald Trump badgered and pleaded with Georgia’s election chief to overturn Joe Biden’s win in the state, suggesting in a telephone call that the official “find” enough votes to hand Trump the victory. This is a serious event and may be considered a Federal Crime.

President Trump’s desperation continues to hold on to power when he called Saturday to badger and pressure the state official to reverse the outcome of a free and fair election that he lost. According to The Washington Post…

“The conversation Saturday was the latest step in an unprecedented effort by a sitting president to overturn and pressure a state official to reverse the outcome of a free and fair election that he lost. The renewed intervention and the persistent and unfounded claims of fraud by the first president to lose reelection in almost 30 years come nearly two weeks before Trump leaves office and two days before twin runoffs in Georgia that will determine control of the Senate.”

With just two weeks before Trump leaves office and just two days before twin runoffs in Georgia that will determine control of the Senate, the President is poorly implementing a dangerous game of undermining American Democracy.  The implication of Trump’s call to overturn the outcome of a free and fair election that he lost may indicate he will stop at nothing, including voter fraud, and intentionally fix results in the Senate runoffs.

In a tweet Sunday, President Trump confirmed that he had spoken with Georgia’s secretary of state, Republican Brad Raffensperger, who tweeted that claims Trump made during the call were untrue.

There’s little room for doubting Republican Brad Raffensperger’s description of the illegal pressure and unprecedented attempt to commit fraud. It appears that Raffensperger supplied audio snippets of the conversation that were posted online by The Washington Post.

Then a recording of the call was later obtained by The Associated Press from a person on the call. A shocking revelation that demonstrated that audacity of President Trump to openly commit crimes on recorded phone calls much in the same way he found himself impeached in 2019 for what has been described by many as an extortion call he made to the President of Ukraine.

The president refusal refused to accept his loss to the Joe Biden Democratic president-elect is heard telling Raffensperger at one point:

Georgia certified election results and then conducted three audits of the votes that showed that President-elect Biden won the state’s November 3 election by 11,779 votes.

According to The Washington Post and Associated Press, The White House, Trump’s reelection campaign, and Raffensperger’s office did not immediately respond Sunday to emailed and texted requests for comment.

President Trump has repeatedly attacked and demanded the resignation of Raffensperger over his handling of Georgia’s elections, claiming without evidence that the state’s 16 electoral votes were wrongly given to Biden.

Trump has repeatedly tweeted of Raffensperger, saying the state official “was unwilling, or unable” to answer questions about a series of claims about ballot handling and voters that have been debunked or shot down by judges and election authorities and saying, Raffensperger…

Raffensperger’s Twitter response was concise and to the point…

“Respectfully, President Trump: What you’re saying is not true. The truth will come out.”

There remains no evidence of widespread fraud in the 2020 election, which a range of election officials across the country and Trump’s former attorney general, William Barr, have confirmed. Republican governors in Arizona and Georgia, key battleground states crucial to Biden’s victory, have also vouched for the integrity of their states’ elections.

Nearly all the legal challenges from Trump and his sycophantic allies have been dismissed by judges, including two tossed by the Supreme Court, including three Trump-nominated justices.

Trump’s persistent attacks on top Georgia Republicans over his election loss in the state raise fears that his could cause many Republican voters to stay away from the polls.

More than a few Republican operatives are reporting that in Southern Georgia, Republican voters are ambivalent about voting on Tuesday, election day for the Senate runoffs because “the election is fixed.” Simultaneously, early voting and mail-in voting may indicate that the Democratic candidates may have a 300,000 vote lead going into Election Day.

“I believe that we will win on Tuesday because of the grassroots momentum, the unprecedented movement energy in Georgia right now, it feels in Georgia like we are on the cusp of a historic victory.”

While Trump continues to attempt to overturn the 2020 election illegally
Sen. Kelly Loeffler said on Sunday that she had not decided whether to join Republican colleagues in challenging the legitimacy of Biden’s victory over Trump.

When asked about siding with the growing group of Senate Republicans seeking to contest the Electoral College count, Loeffler said she was…

“Looking very closely at it, and I’ve been one of the first to say, everything’s on the table.” She told “Fox News Sunday.”

“I’m fighting for this President because he’s fought for us. He’s our President, and we’re going to keep making sure that this is a fair election.”

Warnock, the senior pastor at Ebenezer Baptist Church in Atlanta, seemed to allude to the runoff in a Sunday message.  Warnock told his parishioners remotely due to the pandemic that they are “on the verge of victory” in their lives if they accept that God has already equipped them with the ability to overcome their adversaries. Warnock, who ended the early morning service by also encouraging Georgians to vote on Tuesday, said…

“When God is with you, you can defeat giants; it’s so very important that your voice be heard in this defining moment in our country.”

“I would not be so presumptuous as to tell you who to vote for.”

Trump also tweeted, continuing to undermine Republican turn out, claiming that fellow Republicans Georgia Gov. Brian Kemp and Lt. Gov. Geoff Duncan has done less than nothing. They are a disgrace to the great people of Georgia!”

The less than nothing president Trump refers to their unwillingness to commit one or Federal crimes, last week called on Kemp to resign; the governor dismissed it as a “distraction.”

Senator Loeffler has chosen to hold on to the hope despite the attacks on the election in Georgia and its officials. Loeffler has been telling reporters she believed voters would heed Trump’s expected plea during his upcoming visit that they should turn out.

“He’s going to tell voters the same thing: You have to get out and vote Georgia because this is too important.”

Going into the last three days of the build-up to the election on Tuesday, Perdue finds himself in quarantine because he was exposed to a staff member with the coronavirus and won’t appear with Trump at the Monday rally. However, Perdue said he was all in on the planned Senate Challenge to the Senate’s electoral results if he can be in Washington on January 6.  Telling Fox News Channel’s “Sunday Morning Futures.”

“I’m encouraging my colleagues to object. This is something that the American people demand right now.”

Trump calls for Georgia officials to overturn his election defeat