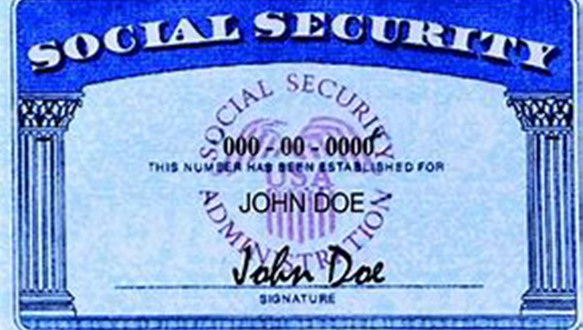 Throughout the 2016 election campaign, President Trump promised he would never cut social security. He is threatening to veto any COVID-19 financial relief bill if the legislation doesn’t cut social security benefits. This line in the sand will guarantee Biden wins with over 400 electoral votes.

Politico is reporting that President Donald Trump is demanding Republican lawmakers in private conversations that he will not sign COVID-19 relief legislation that doesn’t include a cut to the payroll tax. The primary funding mechanism for Social Security.  Advocacy groups urged Congress to “call Trump’s bluff” and pass a stimulus bill free of any stealth attacks on Social Security. The headline of the Social Security Works Press release says it all…

Altman went on to say in her statement...

“The coronavirus pandemic is raging across America.  Essential workers are in desperate need of tests and personal protective equipment (PPE). Millions of Americans are at risk of eviction. Over 57,000 nursing home residents and workers are dead. Hospitals are in danger of becoming overwhelmed. Donald Trump is doing nothing to address any of this.”

President Trump’s veto threat comes just as Senate Majority Leader Mitch McConnell (R-KY) is set to kick off formal negotiations on Monday with his Democratic counterparts and the White House over the next coronavirus stimulus package. McConnell, whose office is writing the relief bill, has refused to say whether he supports the inclusion of a payroll tax cut, which Politico characterized as a “new red line from the White House.”

Judd Deere, a White House spokesperson, said in a statement Thursday that President Trump believes a payroll tax holiday “must be part of any phase four package.” The problem, of course, is that since this health crisis has gripped the country, 52 million people have applied for unemployment benefits, and only a fraction of people of that number are back at work. Many may well be laid off again as the coronavirus is spiking to new record highs, and several states have already retreated to a phase 1 opening, with much more likely to follow.

This means that a payroll holiday is an inefficient way to get aid to those who need it the most.

The talks between the Democrats and Republicans in the Senate are incredibly urgent because, in less than a week, the $600-per-week boost in unemployment benefits enacted by previous stimulus legislation is set to expire, causing a rapid and massive fall in income for more than 30 million Americans.

Economists have repeatedly pointed out that cutting the payroll tax—an idea Trump has been obsessed with for months—would do absolutely ZERO for the unemployed and according to  Center on Budget and Policies would do very little to stimulate the economy, which remains in deep recession according to the Economic Policy Institute.

“A payroll tax cut would do nothing to help the 20 million workers who have lost their jobs, and little for those working significantly reduced hours, Another payroll tax cut for employers would also show the country’s wealthiest corporations with billions of dollars.”

“If included in McConnell’s bill, or demanded by the White House, it would become just one more point of contention between the two parties,” according to The Washington Post…

“Democrats and Republicans are already at odds over multiple issues, including liability protections for businesses and others that McConnell says must be in the bill; enhanced unemployment insurance that is expiring in late July; whether to send more aid to cities and states; and how much funding for education to include and whether to tie it to schools reopening.”

House Ways and Means subcommittee Chairman Rep. John Larson (D-Conn.), chairman of Subcommittee, warned Congress against caving to the Trump administration’s demand for a payroll tax holiday in a Tweet…

“Beware of the payroll tax cut. “It is just the administration’s attempt to cut Social Security and Medicare.”

If the Democrats and their nominee for President Joe Biden and or The Lincoln Project can get the point across that Trump is breaking his promise to protect social security by this back door payroll holiday, Trump would likely get crushed by a historic margin. The blackmail attempt to do it would be his undoing!