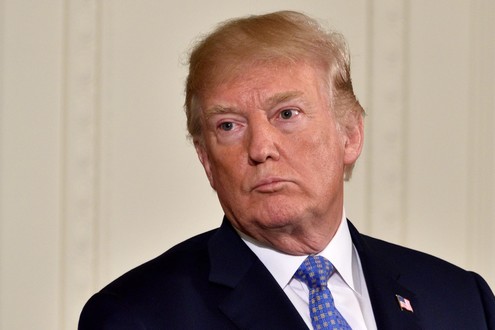 AG Barr’s Justice Department covers up an attempt to solicit foreign interference in the 2020 election, claiming an investigation… “Not a thing of value.”

Attorney General Barr’s Justice Department doesn’t think Trump’s offer to meet with the Ukrainian President Volodymyr Zelensky at the White House after Zelensky promised to order an investigation into Vice President Biden and his son, according to a rough transcript of the call released Wednesday.

The July 25 phone call between Trump and Ukrainian President Volodymyr it a possible violation of campaign finance law.

However, AG Barr’s Justice Department criminal division made no effort to examine whether the withholding of hundreds of millions of dollars intended to bolster Ukraine’s defense, was a thing of value. In addition, the Barr Justice Department apparently doesn’t consider enlisting the aid of a foreign government to aid in undermining a political opponent in an upcoming election – amounts to election interference.

The House of Representatives is unlikely to accept the conclusion that President Trump’s solicitation of an investigation into the Bidens wasn’t both a solicitation of a foreign power and given the defense funds being withheld – extortion. Stay tuned, now that the House has the enhanced powers of subpoena witnesses and documents that a full-fledged impeachment inquiry gives it. Washington is going to become an even uglier environment.