Trump Argued There Were Good Nazis, And White Supremacists 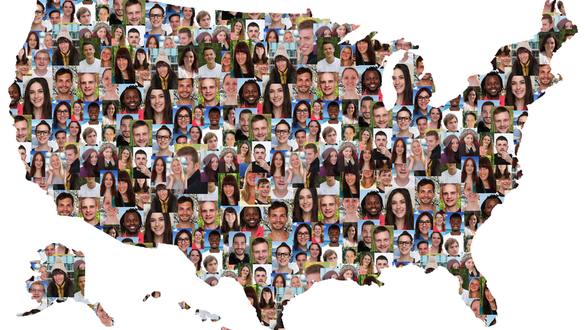 MR. TRUMP THIS IS WHO AMERICA  IS! IT IS MADE UP OF MANY RACES AND CREEDS.  THEY ARE ALL AMERICANS WHO SHOULD BE EQUALLY RECOGNIZED BY YOU!  YOUR RESUME READS LEADER OF THE FREE WORLD.

President Trump claimed there were “fine people” among the Nazis and white supremacists at the ill-fated explosive Charlottesville March 2017. He is now pointing his finger and accusing House Democrats as being Anti-Semitic and Anti-Israel because of the comments of one of its members.

President Trump has been unwilling to speak out against the hatred and violence of several U.S. White Nationalist and Neo-Nazi groups even when they marched shouting “Jews will not replace us” during a nighttime march with fire torches reminiscent of Nazi rallies that took place in Germany in the 1930s and 1940s.

Today Trump dared to call the Democratic Party “anti-Israel” and “anti-Jewish” in the aftermath of a House vote on a resolution that broadly condemned hatred and specifically condemning past alleged anti-Semitic comments by a freshman Muslim congresswoman.

Trump said Friday morning to reporters as he left the White House on route to Alabama to view tornado damage, the vote revealed something broader about Democrats.

“I thought yesterday’s vote by the House was disgraceful. I thought that vote was a disgrace, and so does everybody else if you get an honest answer.”

The resolution condemned anti-Semitism and discrimination against Muslims in equal measure. A shift from a draft circulated Monday that rebuked only anti-Semitism. The 407-23 vote Thursday was a bid to end dissension among Democrats over congresswoman Ilhan Omar’s (D-MN)  remarks made about Israel.

The resolution was revised shortly before Thursday’s vote to include Latinos, Asian Americans and LGBT people to the list of groups that are routinely subject to hate.

The resolution also referred to what became a violent protest in Charlottesville in 2017 that was organized by white nationalists and neo-Nazis that turned deadly.

Trump apparently is suffering from memory loss forgetting the widespread condemnation in the aftermath of the 2017 Charlottesville for suggesting there were “some very fine people on both sides,” referring to the organizers and protesters.

Trump’s grasp on reality and believe that American Jewish voters will ignore his racial hatred and anti-Semitism is remarkable says Michael London of the World Opportunity Investor. Trump’s likely to find Jewish voters who will be focused on his support for the White Supremacists and Neo-Nazis, rather than his support for Israel. “Nothing he has done in office has genuinely advanced the peace process in the Middle-East.”