Trump and GOP Senate Choose to Guarantee a Economic Meltdown 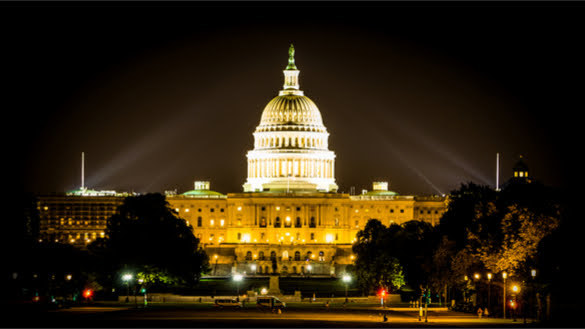 The decision to reduce the unemployment supplement’s from $600 to $200 a week and insisting on protecting corporations from coronavirus lawsuits guarantees economic misery for the United States and losing the 2020 election by such a large margin that Democrats will have complete control of Washington for decades.

Nancy Pelosi and the House leadership are not going to negotiate on either the $600 a week unemployment supplement or passing legal immunity for corporations and businesses from being sued by employees who succumb to Covid-19 at work.

The Republican Senate proposal is a nonstarter because the misery suffered by American’s would be so horrible if the Democrats accept the deal - that just saying no makes more sense. Trump and the Republican Senate are now going to be seen as pushing 50, 60, 70 million people over the financial cliff in the middle of the deadliest pandemic since 1918.

The end result will do such incredible economic damage to the rest of America, that by saying no and refusing to negotiate, the Democrats are likely to win 20+ more seats in the House of Representatives, as many as 13 seats in the Senate and the White House in a landslide election.

Making matters even worse for the GOP controlled Senate is their insistence on going on recess before any deal is worked out. That means no $1,200 emergency payout to Americans, no additional business incentives, loans, or grants until they capitulate. So instead of some help coming in August, the U.S. economy and the American people are looking at a 1930’s depression dumped on them by the GOP, just as the voting begins in 45 days.  That means that while the GOP Senate is on vacation, 30+ million people will be pushed into poverty.

The Democrats in the Senate will stay in Washington and hammer the GOP for their indifference to the suffering of the American people. At the same time, the Dems in the House remain in session and eviscerate Trump and the GOP Senate.

While there may be an extension to prevent evictions from publicly financed housing made by executive order, as many as 20 million other Americans will likely default on their mortgages, or be evicted from private rental housing for not paying their rent.

The dynamics at play have yet to sink into Wall Street investors, money managers, and economists. The Dow Jones is up over 100 points, the S&P is up 19 points and the Nasdaq is up 174 points at a new record high. Investors continue to plow money into FANG stocks as if the skies are blue as if there’s no danger.

Those bullish are betting the Federal Reserve can hold the world together by buying corporate bonds, index futures, and even the shares of listed companies forever. They can’t! Eventually, they will be unable to pass the needed $3 to $5 trillion to prevent state governments from being forced to lay off millions of public servants and the entire Ponzi scheme will fall like a house of cards and bring the collapse of the financial markets we have been predicting.

We believe the GOP Senate thinks they can hold control of the U.S. Senate branch of the government even though Trump will suffer a 1980 style landslide defeat. In 1980 Ronald Reagan won the election against President Jimmy Carter by +12 points and in the process ended up with 12 new Senate seats going to the Republicans. Biden is likely (at this point) to win the upcoming election by as much as 15 points. That could be enough to drive McConnell out of his Senate seat, as well as 12 other Republicans. While at the same time giving Doug Jones in Alabama (D-AL) – another six years in the Senate.

The other massive threat to the Republican party is Statehood for Washington D.C and Puerto Rico, which would yield four more Democratic Senators.