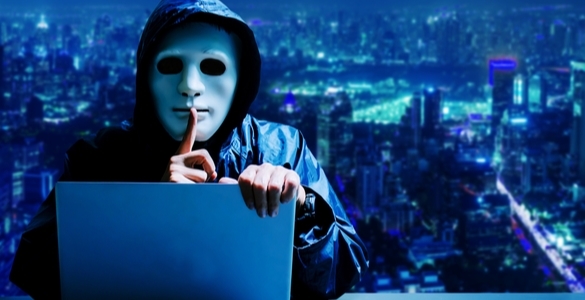 Anonymous White House insider who wrote the ‘Anonymous’ column in the New York Times that put kerosene on concerns about Trump’s ineptitude, incompetence and the danger faced to our country is still being hunted.

Off with their heads, draw and quarter them, then hang their heads on the White House gates. The self-appointed King of the United States continues to purge anyone in the White House who even appears to be disloyal to him or his royal family continues. The GOP Senate and Trump sycophant Attorney General William Barr has placed Trump on a throne and made him openly above the law.

The post impeachment “acquittal” and end to the rule of law is fueling a purge, and an effort to reward his criminal conspirators. The number one target of the purge is ‘Anonymous’ the self-identified (confirmed by The New York Times) as a senior Trump administration official who poured his or her grave concerns about the president in The New York Times opinion pages in 2018, and, most recently, in a bestselling book titled A Warning.   ‘Anonymous’ exposed the insanity, incompetence and corruption that has been the story of Trump’s presidency since the first day.  Anonymous claims in the book…

“…that numerous other administration officials share Anonymous’ disdain for the president, and frequently work to subvert his agenda.”

Trump has now turned to Peter Navarro, his point-man and assistant on trade policy. But in recent weeks, Navarro has also taken it upon himself to hunt down and identify ‘Anonymous’ according to three sources,  to The New York Times.

Navarro is known as one of the  King Trump’s ass kissers and is called by the president affectionately “My Peter.”

One of those sources, according to The New York Times described Navarro’s investigative efforts as…

“…partially an in-depth analysis of the language and phrases used in Anonymous’ book and other public writings. The process, as described to The Daily Beast, mimics forensic linguistic profiling, and the goal is to cross-reference Navarro's “profile” with a list of potential suspects.”

According to The New York Times…

“Two other people familiar with Navarro’s efforts said he had zeroed in on at least one likely suspect and that he has compiled his findings in a written report that he’s shared with White House Counsel Pat Cipollone, who is leading official internal efforts to unearth Anonymous’ identity.”

Navarro isn’t working alone and is part of a multi-pronged effort inside the White House to figure out who, exactly, 'Anonymous' is. Navarro is using staff from both the counsel’s office and National Security Council staffers to conduct an unofficial probe, according to one source of the Daily Beast.

Trump has been compulsive about uncovering the identity of ‘Anonymous’ and has asked senior aides about efforts to unmask 'Anonymous', according to unidentified White House staffers. One was quoted as saying…

“Both [Trump] and his allies have taken Anonymous’s presence as confirmation of the existence of a “deep state” cabal operating within the federal government to thwart the president’s efforts to disrupt the status quo in Washington.”

Trump suspects The New York Times made up “Anonymous”…

“Does the so-called “Senior Administration Official” really exist, or is it just the Failing New York Times with another phony source? If the GUTLESS anonymous person does indeed exist, the Times must, for National Security purposes, turn him/her over to government at once!”

It remains a mystery if ‘Anonymous” even continues in an administration post or has moved on. Reporting since his or her Times column has floated a variety of potential culprits including Ivanka and Melania Trump.

As one might imagine, a very administration official who’s been asked has denied being ‘Anonymous’ and has sworn their innocence. But then again, that’s exactly what ‘Anonymous’ said he or she would do if confronted. ‘Anonymous’ wrote in their book A Warning…

“For now,” “if asked, I will strenuously deny I am the author of this book, including when the president demands we each disavow it.”

In the meantime, King Trump is contemplating ordering the arrest and summary execution of Hillary Clinton, James Comey, Andrew McCabe, Nancy Pelosi, Chuck Schumer, Adam Schiff, Mitt Romney, Joe and Hunter Biden, President Obama and a growing list of his enemies. The question isn’t if this takes place, the questions are will this country’s law enforcement leaders and its generals follow the orders.