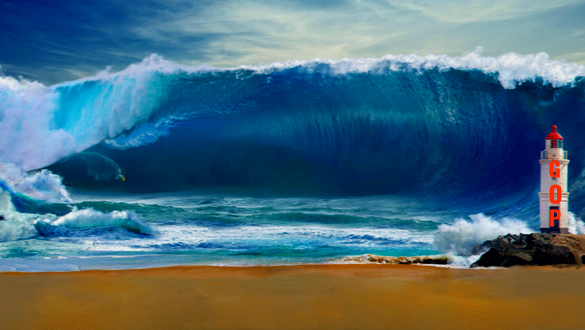 “Glad to be back on Twitter after more than two months. For the backstory, stay tuned...”

Bolton’s Tweet has been called cryptic, however, he’s clearly saying he’s going public on why and how the Trump Administration was able to hijack his Twitter account and wasn’t referring to any imminent disclosures connected to the current impeachment hearing taking place in Congress. Bolton’s Tweet came just hours after President Trump gave away his bribery Ukrainian “Arms for dirt” scheme in a live interview to Fox and Friends News morning hosts.

Hours after the president's interview on Fox and Friends, Bolton tweeted again writing…

"We have now liberated the Twitter account, previously suppressed unfairly in the aftermath of my resignation as National Security Advisor. More to come....."

Bolton, who resigned abruptly from his White House position in September, has been mentioned repeatedly throughout the House Intelligence impeachment hearings as someone opposed to President Trump’s extortion campaign against Ukraine.

Bolton’s return to Twitter comes a day after the bombshell testimony from Fiona Hill, the former senior director for Europe and Russia on the White House’s National Security Council, who reported to Bolton.

Dr. Hill testified on Thursday that Bolton told her to report to the NSC's chief lawyer what U.S. Ambassador to the European Union Gordon Sondland and President Trump’s personal lawyer Rudy Giuliani, were doing to pressure Ukraine. Bolton also directed her, according to Hill, to relay the message that he was opposed to “whatever drug deal” Sondland and acting White House chief of staff Mick Mulvaney were "cooking up."

Ambassador Bolton has been formally requested to testify before House investigators, but his legal team says he will not appear voluntarily saying…

"I stand ready at all times to accept service of a subpoena on his behalf,"

”was personally involved in many of the events, meetings, and conversations about which you have already received testimony, as well as many relevant meetings and conversations that have not yet been discussed in testimonies thus far.”

Next week Democrats expect a decision by the Supreme Court (SCOTUS) on the legality of its subpoena of Former White House Counsel Don Meghan to appear in front of the House Judiciary Committee. It’s believed that if SCOTUS rules in favor of the Democrats, many witnesses prevented from testifying by the White House claims of “total immunity” will then agree to testify before the House Judiciary and Intelligence Committees.

Meanwhile, President Trump is still insisting on the debunked Ukraine did it, not Russia conspiracy that has been debunked even the GOP controlled Senate.

This morning Trump called into Fox and Friends and began talking about the Democratic National Committee’s “server,” (an elaborate and debunked conspiracy theory by 17 U.S. Intelligence Agencies, both the House and Republican-controlled Senate) still insisting on pushing in an effort to exonerate Russia for its 2016 election meddling by blaming it on Ukraine.

The sole goal of pushing this debunked conspiracy theory is to create a rationale for ending all of the United States’ sanctions on Russia for both invading Crimea in 2014 and interfering in the 2016 election. In pushing Ukraine did it, not Russia, once again validates Speaker of the House Nancy Pelosi’s pointed accusation to Trump during their last face to face meeting on October 17, 2019…

“All roads with you lead to Putin.”

We now know that during Trump’s infamous phone call on July 25 with the newly elected Ukrainian President Volodymyr Zelensky, Trump brought up his “Ukraine did it not Russia” conspiracy theory when asking for the key part of the bribe, an investigation into the 2016 election. Without any evidence at all, Trump insisted on Ukrainian President Zelensky…

“They gave the server to Crowdstrike, or whatever it’s called, which is a company owned by a very wealthy Ukrainian.”

“Why did they give it to a Ukrainian company?”

This morning when Trump made these wild accusations, one of Fox and Friends Co-hosts Steve Doocy risked his job at FOX, injected a modicum of common sense during the President’s rant, and asked …

“Are you sure they did that?” asked the host

“Well, that’s what the word is…That’s what I asked, actually, in my phone call, if you know.”

Then Fox and Friends Co-host Brain Kilmeade looking nervous, tapping his fingers and trying to interject he was interrupted by President Trump saying….

The President continued and literally put the whole story together on national TV admitting the accusation that he literally was attempting to blackmail the new Ukrainian President into starting an investigation on Crowd Strike and the Bidens.

Republicans have insisted Trump was legitimately focused on “corruption” in Ukraine, so his withholding of aid was a part of legitimate U.S. policy. But in the Fox and Friends interview this morning, Trump made clear that “corruption” to him means the conspiracy theories that even the mainstream press and GOP refuses to believe, as well as the 2016 investigation is entirely related to smearing former Vice President Joe Biden and his son.

The problem, of course, is that no one credible thinks the problem of corruption in Ukraine is tied to Biden and the DNC. That’s only Rudy Giuliani’s, President Trump’s warped version of corruption that has been created by Russian intelligence services and which directly affect Trump’s 2020 personal political interests. It’s now become clear that hundreds of millions of desperately needed military aid was tied to a quid pro quo. Which leads to the only possible question at this point?

Do any of the elected Republicans in Congress care that President Trump just admitted to the whole bribery scheme on cable news?