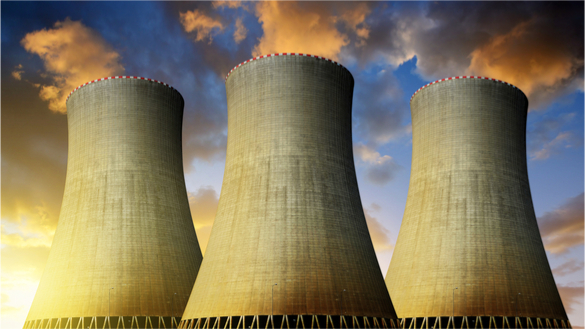 Another shocking conflict of interest for Jared Kushner; have we forgotten Saudi Arabia’s involvement in 9/11 terrorist attack on the United States? Are we prepared to launch a nuclear technology race in the middle-east?

The Fukushima Daiichi nuclear disaster, triggered by a tsunami followed the Tōhoku earthquake on March 11, 2011, literally shut down the construction of over 100 new nuclear power plants under construction or being planned all over the world.

The shocking meltdown of the Daiichi nuclear is among the most catastrophic environmental disasters in history. In the following eight years, countries like Germany, Japan, even China in response to the Fukushima disaster have been doing everything they can to switch power generation to solar, wind, geothermal and even wave technologies, resolving that the danger of nuclear power plants and their toxic used fuel is just too great.

One exception has been Saudi Arabia, a country sitting on tens of trillions of dollars in oil and gas and that has enough sunshine and financial resources to become energy independent on clean solar energy in a little more than a decade. Saudi Arabia has been lobbying former and current members of the Trump administration to persuade the President to allow U.S. nuclear power plant construction manufactures to sell and build nuclear power plants to them.

One of the U.S. Companies that could make billions building nuclear power plants to Saudi Arabia includes Westinghouse Electric, a subsidiary of Brookfield Asset Management;  the company that provided financial relief to the family of Jared Kushner, the president’s son-in-law and adviser. Brookfield Asset Management took a 99-year lease on the family’s deeply indebted New York City property at 666 Fifth Avenue.

According to a new 24-page report released today by Rep. Elijah E. Cummings (D-MD), the new chairman of the House Oversight and Reform Committee, based on documents given to his committee, and accounts of unnamed whistleblowers inside the White House said they were distressed at the continual effort to sell the nuclear power plants to the Saudis.

A good number of officials including White House lawyers and H.R. McMaster, the second person to become the chief of the National Security Council objected to the idea and called for a halt in the nuclear sales discussions in 2017, citing potential conflicts of interest, national security risks, and legal hurdles.

The effort to promote nuclear sales persisted, even as recently as last week with an attempt by Energy Secretary Rick Perry to convince President Trump in the in the Oval Office to allow the nuclear technology and construction of the plants to take place.

Chairman of the House Oversight and Reform Committee Rep. Elijah E. Cummings report includes the warning from the whistle blowers that these kinds of technology sales would break U.S. law …

“Multiple whistleblowers came forward to warn about efforts inside the White House to rush the transfer of highly sensitive U.S. nuclear technology to Saudi Arabia in potential violation of the Atomic Energy Act and without review by Congress as required by law — efforts that may be ongoing to this day.”

The whistleblowers according to the report…

“Warned about a working environment inside the White House marked by chaos, dysfunction, and backbiting. They noted that White House political appointees repeatedly ignored directives from top ethics advisers who repeatedly — but unsuccessfully — “ordered senior White House officials to halt their efforts.”

The Oversight Committee report released by Rep. Elijah E. Cummings focuses on the first three months of the Trump presidency and is especially timely given this week Jared Kushner begins a trip to the Middle East.

Secretary Perry, Jared Kushner and other proponents of selling the construction of nuclear power plants and transfers of nuclear technology seem oblivious to the reality that the vast majority of terrorists that attacked the United States were Saudi’s and at the same time sales of nuclear technology to Saudi Arabia could prompt a nuclear race in the middle-east.