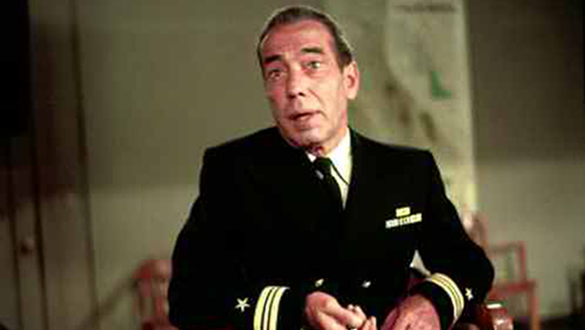 Trump does his best Captain Queeq impression.  Trump openly wonders if the American people will demand he remains president forever. Is Trump mentally ill? Will his treating the office of President of the United States as a dictatorship destroy the rule of law imposed by our Constitution? Will no GOP U.S. Senator stand up and speak out against Trump’s violation of his oath of office?

If disagreeing with, expressing the opinion that President Trump is a criminal, mentally ill, and is potentially guilty of treason -- is treasonous. Then I am one of literally tens of millions who are guilty of treason.

The President’s accusing The New York Times of "a virtual act of treason," for simply reporting that US intelligence agencies have been stepping up their digital incursions into Russia's electric power grid…

“intended partly as a warning but also to leave the US poised to conduct cyber strikes in the event of a major conflict between the US and Russia.”

…only added to numbers of people that think he’s mentally ill and may be in league with Russia’s Vladimir Putin.

After all, The New York Times sourced their story from current and former government officials who confirmed the classified deployment of U.S. computer code inside Russia's power grid and other targets.

To eliminate any doubt in the stories veracity, the Times checked its story with the National Security Council (NSC) to both make sure it was both accurate and that its release would not compromise U.S. national security before the story was published.

According to the The New York Times, the NSC had no objection to the story or had no national security concerns about the newspaper's article release. This indicates that the U.S. cyberwar and the intrusions into Russia’s power grid were intentionally leaked to give notice to the Russian government that the United States will not be passive like it was during the 2016 presidential race.

Despite the NSC confirming and approving the release of The New York Times story, President Trump went into rage tweeting mode insisting the story was "NOT TRUE," and called the media "corrupt" and repeated accusations that journalists are "the enemy of the people."

Trump’s Twitter rant didn’t stop there. It went on to reach the level of insanity that reminded me very much of the famous court scene in the movie The Cain Mutiny when it becomes during the court marshal testimony of Captain Queeg, that he is mentally unstable…

Consider by comparison Trump Tweet after first inferring that the story was false, then that it was treasonous …

"This is a virtual act of Treason by a once great paper so desperate for a story, any story, even if bad for our Country."

Trump is Losing His Grip on Reality

Like Captain Queeg’s descent in paranoia and mental illness, President Trump increasing looks detached from the facts. For example, his claim during his ABC 20/20 interview on camera with George Stephanopoulos which aired on Sunday, Trump again said that Mueller report cleared him of wrongdoing.  This presidential statement shows he has lost connection with reality.

The Mueller report, of course, did not conclude that Trump committed a crime, but it did make clear "it also does not exonerate him." The report also made it clear that Mueller did not have the option of indicting Trump on obstruction because of DOJ policy dating back to the early 1970s forbids the indictment of a sitting President.

Mueller also detailed over 100 disturbing number of contacts between the Trump campaign and Russia ahead of the 2016 election as well as ten instances of possible obstruction of justice.

Later in the ABC 20/20 interview, President Trump also demonstrated his disconnect with reality by insisting to Stephanopoulos that polls conducted by his pollsters that showed him losing 15 out of 17 key states. Trump claimed he had just met with one of his pollsters that told him he is “winning everywhere.” He then asked to go off the record to check with his campaign manager to emphasize his confidence. The polls it turns out do exist, by Trump’s former pollster who was then fired for reporting the real results that were contrary to what Trump wanted to be reported.  That was reported by the so-called “fake news” mainstream press was every bit as bad.

In its Saturday article, The New York Times described in great detail with Mr. Trump operations against Russia to ascertain his reaction -- and the possibility that he might countermand it or discuss it with foreign officials. This alone shows our intelligence agencies believe the President is willing to violate his oath of office to “protect and defend the Constitution of the United States” against foreign enemies. Every day Trump remains POTUS; he is a threat to our nation’s security.

It’s important to keep in mind the 20/20 interview on Sunday was one of the first mainstream media interviews President Trump has done since his interview with Lester Holts in which he admitted he fired FBI director James Comey because of his opening and conducting a Russian investigation. That interview may have been disastrous, but compared to this latest interview, he appeared sane. If you know the facts, Trump more resembles Captain Queeg now. Desperate to believe, blame everyone but himself, arguing conspiracy theories, and looking detached from reality.

It’s going to get worse. Captain Queeg was retired because everyone in the court-martial after hearing his testimony realized he was mentally ill. Trump won’t get that ending. Instead, we have to look forward a full 17 months in which he will do other interviews outside of the protection of a friendly FOX or OAN sycophants that will be just as disastrous.

Trump will continue to face unfavorable court decisions and public testimony by former Trump officials and staffers that will show him in the worst possible light. His New York tax returns will be released to Congress soon throwing more wood on his fire. The NY State investigations into his company and his family will only get worse. This will create dangers that may include his ‘wagging the dog’ by launching a war against Iran, Venezuela, or expanding his trade war. He’s already making it a worldwide trade war by imposing tariffs on India, which have prompted retaliation just a few days ago.

President Trump is a criminal, showing signs of his mental illness get worse while the evidence of his treason mounts. This is going to end badly.