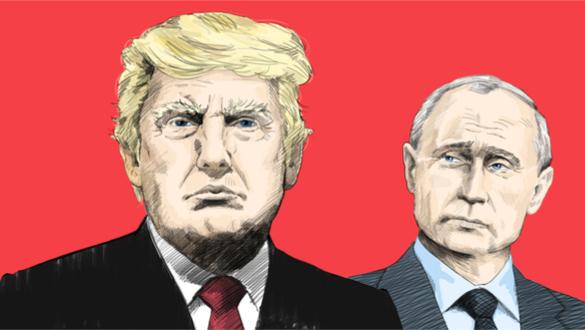 Trump Tower has been the epicenter of money laundering for Russian criminals for decades. It’s led to tens of billions of Federal, State income tax evasion and bank fraud. It all began with the Russian Mafia delivering bags of cash of cash 34 years ago.

A new book House of Trump, House of Putin written by Craig Unger reports blockbuster evidence that exposes President Trump’s criminal conduct beginning all the way back in the 1970’s.

Craig Unger’s  House of Trump, House of Putin offers is a comprehensive tour-de-force investigation into Trump’s decades-long relationship with the Russian Mafia that ultimately led Vladimir Putin to pull out all the stops to direct Russian military intelligence help win Trump the White House. 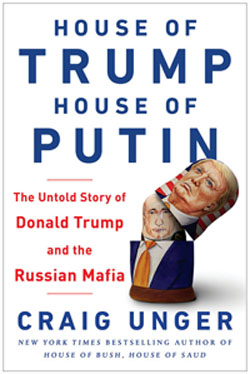 The story begins with a chilling relationship with New York’s Italian Mafia as Trump was making his first splash in the booming, money-drenched world of New York real estate and his and his father’s efforts to deal with construction labor unions. By 1984 Donald Trump was so well acquainted with New York’s criminal elements he was able to become a full-time money launder selling newly constructed Trump Tower condominiums to phony holding companies owned by the Russian Mafia.

Craig Unger reports that Donald Trump laundered money for the Russian Mafia over 1,300 hundred times from 1984 onward and lead to the Russian Mafia and their Oligarch partners to seize the opportunity to ensnare a cash desperate Donald Trump more than 20 years ago with the massive bailout of a string of sensational Trump hotel and casino.

Trump’s illegal Russian money laundering business went into overdrive by 1989 as he used many of his building projects in the United States and around the world as the perfect vehicle to launder billions of dollars that were just starting to flow out of the collapsing Soviet Union – ALL of these monies stolen from the Russian, Georgian and Ukrainian people.

All of Trump’s billions of money laundering and secret deals with the Russian mafia, along with his being compromised by KGB trained prostitutes during his first trip in 1987 put Trump in Vladimir Putin’s pocket years before the Russian Kleptocratic Authoritarian rose to power in 1999.

The moment that Donald Trump decided to run for President Vladimir Putin’s life-long mission to undermine both the Western democracies and to fulfill his ambition to finally bring the collapse of the United States - became possible.

Now American’s are discovering thanks to Craig Unger new book House of Trump, House of Putin that the cold war did not end with the collapse of the Soviet Union. In fact, the cold war went into over drive as candidate Trump traveled the United States campaigning – and insisting he and Putin would not only get along but would work together to make for a better world.

Craig Unger’s House of Trump, House of Putin methodically traces the deep-rooted alliance between the highest echelons of Russian covert political operatives and the biggest players in the frightening and filthy underworld of the Russian Mafia here in the United States, England and back in Russia.

Craig traces Donald Trump’s sordid and corrupt rise from foundering real estate want to be tycoon into rising to become the leader of the free world who has now transformed into a demigod prepared to submerge the United States into a Kleptocratic Autocracy. Craig outlines the phoenix-like rise of Putin’s Russia rise from the ashes of the post–Cold War Soviet Union and its ceaseless covert efforts to retaliate against the West and reclaim its status as a global superpower.

This book confirms the most incredible American paranoia about Russian efforts to destroy the United States democracy and to corrupt its economic system. The answer to the question as to whether Russia tipped the 2016 election using our nation’s free press and free speech is – absolutely.

Given the real world covert efforts of Putin’s Military Intelligence (GRU) hackers and understanding the powers at play in the shadows of today’s Putin regime – the long-festering oddity of exit polls on Election Day showing Hillary Clinton won states like Florida, Pennsylvania, Michigan, Wisconsin and election only to be shown those results reversed on election night by the time the votes were counted is becoming more and more suspicious.

The likely reality we must all face Trump supporters and his growing enemies list of tens of millions alike is -- the Putin, his GRU hackers, and Trump stole the 2016 election.

The inescapable reality of knowing the facts is without Russia, Trump would not have been elected President.

The House of Trump, House of Putin is the kind of book that will definitely land Craig Unger in an American prison until he dies if President Trump with the help of Republican sycophants’ in Washington allows him to rise to become like Vladimir Putin an authoritarian dictator. This book is a must read.