Trump-China Threat: “We Could Cut Off the Whole Relationship” 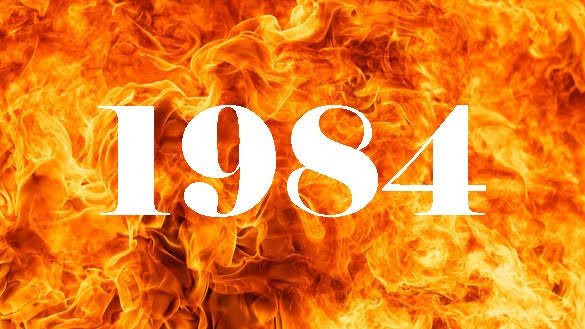 Unlike President Harry Truman’s comment, “The Buck Stop Here.” President Trump needs someone to blame for all of his failures!  Trump will be known as the “Pass the Buck,”  “I Never Said That,” and “Obama Did It” president.

The Chinese screwed up their responsibility to humanity with their self-centered response to the coronavirus epidemic. When they shutdown Wuhan, a city of 11 million people, they failed by not immediately shutting down the city’s airport. They also attempted to hide and mishandle the epidemic that it became a pandemic because the officials making the citizens were in full cover-up mode.

Trump’s blind hatred of Barrack Obama followed in the same, by allowing for the dismantling of our country’s early warning pandemic response team in 2018. This was compounded by Trump’s decision to withdraw dozens of scientists stationed in China on the ground. Had Trump left both Obama safely unmolested, we would likely not have ever seen 1.5 million Americans infected with coronavirus, or 90,000 lose their lives to COVID-19.

The death count is going to climb steadily at an average of 1600 a day through this year’s, November 3rd election.  That comes to a possible 362,000 Covid-19. Trump is desperate to divert attention from this inescapable reality of his incompetence and failure at handling the absolute worst crisis of his presidency.

Trump also has to divert attention from the 50 million people that will be unemployed if he allows the states and municipalities to fire police, fire, EMT, nurses, teachers, sanitation workers, and dozens of other state and city workers.

Trump’s troubles require a smokescreen to divert attention away from his personal and public life continues when the Supreme Court hands over his financial and tax records to the Manhattan District Attorney, who could put Trump and his businesses in a world of hurt, publically.

Bottom line: Trump needs a villain to deflect attention away from his legal and more flaws. China seems to be his chosen scapegoat.

So far, thank God, the Chinese government has responded to Trump’s reckless rhetoric by referring to President Trump …

Given about 54% of Americans would describe Trump is very much the same ways, the Chinese have been remarkably restrained.

The Chinese government has also shown restraint in the face of President Trump ordering some provocative U.S. Naval maneuvers in the South China seas and through the Taiwan Strait.

The Chinese realize Trump re-election isn’t a certainty.  They are calculating that if they restrain their response to Trump’s hostility, there’s a good chance he’ll destroy himself as Senator Joseph McCarthy did in the 1950s.

A war between China and the United States would cost trillions of dollars and hundreds of thousands, if not millions of lives on both sides. It could and would drag Russia in on China’s side. The two have a military alliance and conduct maneuvers.

We don’t need a war of any kind with China. There are moderates in China that would work with a Biden Administration in repairing our diplomatic relationship quickly, restore our scientific cooperation, and get a trade deal done that has major concessions from Beijing, with intelligence protections.

Beijing will give Biden out of sheer relief they’re rid of Trump and because they need full access to U.S. and European export markets to revive its economy.

Biden and Beijing talks won’t happen until after Trump leaves office. Between now and then, Trump will demonize China as he said on a Fox Business interview on Thursday.

“We could cut off the whole relationship.”

In one sentence, Trump has told the Chinese what to expect until at least Election Day.

Trump’s about to hit them with more tirades, accusations, tariffs, and the claim they defaulted on their first trade agreement promises as an election strategy.  Trump is going to do this to rally Americans not smart enough to realize his real-life political skills are no more astute and strategic than  George Orwell’s classic novel 1984 dark socio/political/economic fictional world.