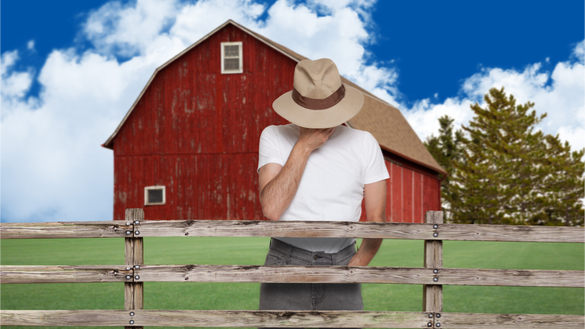 Even though US government subsidies jumped 18% last year thanks to $4.7 billion in tariff aid, plus $1.6 billion in disaster payments to farmers hurt by hurricanes, floods, and other disasters; It hasn’t been enough to stop a record number of farming bankruptcies.

President Donald Trump’s trade war with China is clobbering Midwestern farmers financially, even as many of these red state small business owners still avow their support for him. The Wall Street Journal is reporting that their examination and analysis of federal data indicates that farmers suffered the highest number of bankruptcies in a decade with no sign that 2019 will treat them any better.

The trade war with China and Mexico have sent commodity prices into nose-dive thanks to the hefty tariffs those countries are imposing in retaliation for Trump’s tariffs on their nations US imports.

President Trump’s withdrawal from the Trans-Pacific Partnership (TPP) left the remaining countries in the agreement to finalize their own Comprehensive and Progressive Agreement for the Trans-Pacific Partnership (CPTPP) treaty last year. The negotiated TPP that Trump walked away from would have slashed tariffs for US farmers. Now however the new CPTPP agreement specifically excludes US farmers from the agreement. This means customers from the 11 remaining member nations are shifting their imports from US farmers and ranchers to those operating Australia, New Zealand, and other member countries. This is proving to be a financial disaster for US farmers and ranchers.

The U.S. Agriculture Department is reporting that US farm income last year had plummeted to 50% of 2013 income. The US dairy industry had expected huge demand growth from China, but then Trump declared his trade war against China and now many dairy farmers who had been preparing for the demand increase are now filing for bankruptcy.

Soybean farmers are also a major victim of President Trump’s China trade war.  Kevin Bernhardt, agribusiness professor at the University of Wisconsin in Platteville, was quoted by the Milwaukee Independent as saying...

“Agriculture prices live and die by exports. In all commodities, we’re heavily dependent on China, especially for soybeans,”