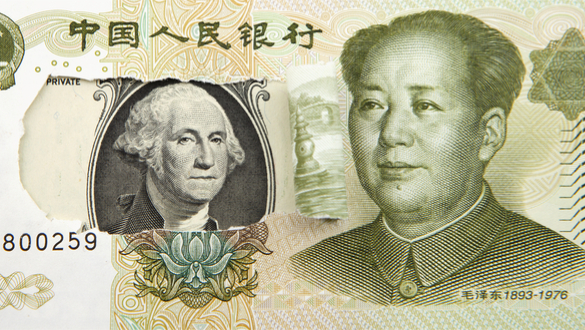 “It is not from the benevolence of the Butcher, the Brewer or the Baker that we expect our dinner, but from their regard to their own interest … he intends only his own security; and by directing that industry in such a manner as its produce may be of the greatest value, he intends only his own gain, and he is in this, as in many other cases, led by an invisible hand to promote an end which was no part of his intention. Nor is it always the worse for the society that it was no part of it. By pursuing his own interest, he frequently promotes that of the society more effectually than when he really intends to promote it. I have never known much good done by those who affected to trade for the public good.” — Adam Smith, The Wealth of Nations

A deeper understanding of politics and economics was hard-won over the centuries — largely informed by more sophisticated analysis of unintended consequences. This was perhaps most famously celebrated by Adam Smith in the passages from The Wealth of Nations quoted above.

The  Third Quarter GDP report shows another side of unintended consequences. It shows how the invisible hand and can trump heavy-handed efforts to direct the economy into apparently desirable channels. Trying to narrow the trade deficit can backfire, resulting in both a more significant trade deficit and other negative consequences.

Let’s take a closer look at the data.

They leave no doubt that the economy is weakening. If you judged only from a surface scan. Everything may seem fine. Real Third-Quarter 2018 GDP Gained 3.50%, Yes, that’s down from 4.16% growth reported in the Second-Quarter, Yet, look more closely 70.7% of the Increase in the Level of Quarterly GDP was attributable to the build-up of inventories (unsold goods).

Annualized growth in real final sales plunged to 1.43% from 5.33% Consumer and system liquidity is drying up. A big part of the problem is that wider federal deficits are forcing up dollar interest rates. And clumsy attempts to narrow the U.S. trade deficit have only made it worse. Not only has the Federal Reserve reduced its purchases of federal debt instruments from 47.2% of total debt issues as recently as 2014 to -36.1% this year, but foreign central banks are also selling rather than buying treasuries. 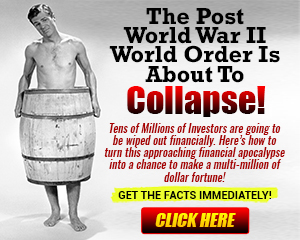 helped the Fed finance the gaping deficits during the Obama presidency, taking down up to 97.2% of Treasury debt issue in 2011 — when the Fed was also buying bonds. During the decade from 2003 to 2014, foreign central banks purchased an average of 90.1% of total Treasury note and Bond issuance. In short, the casual misimpression that deficits don’t matter that seems to reign supreme in Washington was cultivated with the assistance of foreign central banks monetizing 90% of U.S. Treasury debt issuance over a decade.

Now, as Trump pursues trade war policies with the whole world, foreign central banks are no longer lining up to buy U.S. debt issues. They have flipped from buying 72.7% of total U.S. Treasury debt issues (in 2014) to selling this year. From January through August their sales equate to -40.4%. of total Treasury issues. The result of the withdrawal of central bank financing of U.S. Treasury debt issues is higher U.S. interest rates. Now the deficit does matter, thanks to unintended consequences of Trump Administration policies. As the dollar soars, United States companies predictably find it harder to sell abroad.

By threatening and even imposing tariffs on our trading partners, the Trump Administration has driven away foreign central banks that were formerly partnering with the Fed to monetize U.S. budget deficits. At the very time that the Fed has shifted to quantitative tightening, foreign central bank largess that was previously providing most of the liquidity that financed our consumption has dried up.

An associated consequence is that massive Treasury financing demands are crowding out emerging markets, In the first eight months of 2018, the U.S. Treasury issued $1.02 trillion (including the Fed’s roll off of Treasuries purchased during Quantitative easing).

Global liquidity is contracting as the U.S. Treasury sucks up the loose change in the sofa cushions of the world economy. Their ambitions for next year, so far as U.S. Financing needs can be projected, imply a need for $1.314 trillion. (Global Macro Monitor)

This implies drastic adjustment crises are spreading from emerging markets back to the core economies. These, of course, also tend to raise the U.S. trade deficit as it becomes harder for American companies to sell goods into collapsing economies.

Compounding all this is the logical fact that any success achieved by the Trump Administration in its quixotic quest to bring down bi-lateral trade deficits would further diminish the availability of funds to finance the U.S. budget deficit. The resulting dollar shortage would make it all the more difficult to service the trillions and trillions in U.S. dollar debt in the world. *One seemingly comprehensive estimate puts the total at $230 trillion). To say that this debt is unpayable is obvious. Much of it was accumulated at minimal interest rates and initially funded by central banks issuing funds out of the air by legerdemain. Without those conjuring tricks, it seems unlikely in the extreme that the funds to continue kiting the debt can be found in the biggie banks of the public. The result to be expected is higher interest rates, falling asset prices, and government spending cuts. And, yes, a powerful lesson in the importance of minding the unintended consequences.