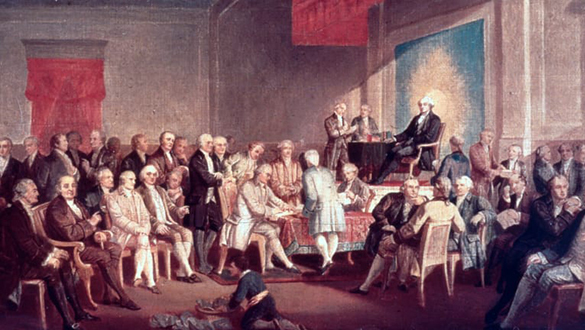 Senator James Inhofe (R-OK), one of President Donald Trump's most veracious supporters in the Senate, has announced that he will not go along with the president's scheme to overturn the 2020 election calling it “a violation of my oath of office.”

Joining the likes of Senators Tom Cotton (R-AK), John Thune (R-SD), Kevin Cramer (R-ND), and two other Republican Senators, James Inhofe (R-OK) has announced that he will not back President Trump’s gambit to use the U.S. Senate to overturn the 2020 election.

In a statement released by senator Inhofe today, he said that the United States Constitution prohibits him from tossing out Electoral College votes that have already been certified by states. Inhofe said…

“To challenge a state’s certification, given how specific the Constitution is, would be a violation of my oath of office -- that is not something I am willing to do and is not something Oklahoma would want me to do.”

Inhofe explained to his constituents how much he had wanted Trump to win, but he said that desire could not override his duty to obey the law.

“I took an oath to ‘support and defend’ the Constitution and to ‘bear true faith and allegiance to the same.’”

“It is an oath I take very seriously, and in my 34 years in federal office, I have not and will not violate my oath.”

This ongoing battle is increasingly splitting the chances of holding the Republican Party together. During his Monday night Georgia rally, Trump pledged to make sure he campaigned against any Republican that doesn’t support him in two years, referring in particular to Georgia’s Governor Brian Kemp. This indicates as many as half the Republican senate delegation up for re-election may face primary challenges in 2022.

GOP pollster: ‘Next 48 hours are going to be among the worst’ ever for Republicans