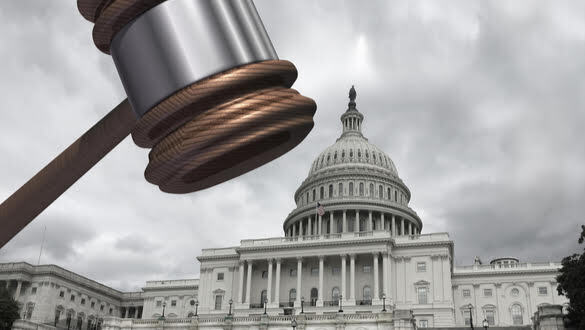 The subpoenas ask for any internal communications between senior executives and board members on climate science, their "role in contributing to climate change," and the possible impacts on their operations.

On Tuesday, Carolyn Maloney (D-NY), the House Oversight and Reform Committee chair, filed subpoenas to four major oil corporations and two significant trade organizations, following through on a promise she made during a hearing earlier this week.

In a letter on Tuesday, Maloney said that Shell, BP, Exxon, Chevron, and the American Petroleum Institute, and the United States Chamber of Commerce had failed to voluntarily present material to the committee before the hearing last Thursday.

The subpoenas require the corporations to submit any information and internal conversations among top executives and board members related to climate science, their "part in contributing to climate change," and the potential consequences of climate change on their operations.

It also requests documentation on funds provided to third-party companies and information on their specific strategies to decrease greenhouse gas emission levels.

According to Maloney, who spoke at the hearing, the businesses had not responded with the majority of the requests. They had primarily supplied irrelevant or publicly accessible papers, even though they had been granted extensions.

Furthermore, neither Exxon nor Chevron has produced the needed internal conversations between senior executives or comprehensive information on third-party financing, according to Maloney's letter.

She also noted that BP America gave only fragmentary email exchanges and did not reveal third-party financing information. In contrast, Shell did not provide either third-party funding information or board/senior executive documents, according to her findings.

The panel had sought internal senior executive communications from API and the Chamber of Commerce. Still, neither organization had provided them, according to her.

After a series of interrogation sessions with witnesses from the six organizations, members of the committee's Democratic majority continually pressed them on the degree to which the firms had allegedly propagated climate disinformation.

Each of the six agreed on the fact of climate change, and the role played by fossil fuels in it. Still, none of them was willing to commit to halting all money for lobbying against climate action.

According to Maloney's letter, "despite repeated efforts by the Committee and staff to collect the information essential for the inquiry, each of the six businesses has failed to meaningfully comply with the Committee's document requests dated September 16, 2021," he said.

"As a consequence of this, subpoenas are now required."

The Hill contacted the four corporations, the API, and the Chamber of Commerce to get a response.

Maloney said in the letter that Ranking Member James Comer (R-Ky.), who had previously expressed his disagreement to the subpoenas during the hearing, had maintained his opposition.

Because of this, Maloney concluded that further discussion of the subpoenas during a Committee meeting "would be futile and serve no value."

All of these considerations lead me to believe that issuing these subpoenas is the best course of action."

Maloney and Rep. Ro Khanna (D-CA), leader of the committee's environmental subcommittee, announced the hearing after publishing hidden audio of Exxon lobbyist Keith McCoy earlier this summer. Maloney is a ranking Democrat on the committee.

This was captured on camera by a Greenpeace member, who claims that the firm "fought against some of the research" on climate change and that their support for a carbon price was only a "talking point."